Vizolution enables users to interact, and digitally send, receive and sign documents in real-time. Its solutions are used at many enterprise-level organisations, including four of the five top UK banks.

In recent years, the business has been given investment from Development Bank of Wales, HSBC and Notion Capital. In addition, it has received support from the Welsh Government and Neath Port Talbot Council, all of which has contributed to the business being named the fastest growing tech company in Wales at the Fast Growth 50 Awards 2017.

In fact, the business has secured an impressive 90% year-on-year growth. In the past five years, it has rocketed from ten employees to over 130 staff members operating out of Swansea, London, Bristol and Toronto.

The business is now looking forward to an expansion in Swansea, with a move to a new purpose-built headquarters in Swansea, set on a 12,500 square foot location at Bay Studios Business Park. The premises feature an open plan design, breakout rooms, meeting pods, quiet library space, phone booths and relaxation space.

CEO Bill Safran said: “We are very excited about expanding our presence in Swansea and very pleased to be bringing a little bit of Silicon Valley to the Welsh Valleys. The Silicon Valley inspired open-plan format has been designed to encourage collaboration, creativity and employee well-being. Our new office will provide the launchpad for the continued growth of the business.”

“We are always on the lookout for excellent local talent, in particular software developers, testers, project managers and business analysts.”

According to the Tech Nation report 2017, Cardiff and Swansea have fantastic potential as a digital tech cluster. The area boasts more than 17,000 digital jobs, and with four notable universities in the area there’s plenty of fresh talent around. Furthermore, costs in the area are competitive, and it’s only two hours from London, making it an attractive spot for many businesses. 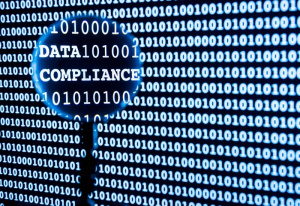