We’d built up our revenues to over £1m, had a staff of ten people and a respectable client list. We were going ok. I took my husband to the Awards dinner and we both cried with laughter at Jo Brand’s outrageous wit. Not that we all don’t think those things. She just says them in public.

I was (rightly) beaten to the award by the talented Fru Hazlitt who had just been made CEO of Virgin Radio and whose career was far more glamorous than mine. C’est la vie. It’s the taking part that matters they say.

Now the first First Women Summit is happening ten years on it’s caused me to reflect on what’s changed. And what hasn’t.

What’s changed? Everything. Digital has taken over the world. I can remember when we started Omobono (named after the patron saint of business – as we focus on communications for business brands) we thought we perhaps should have a website. Not having anything else to say (no clients – just a philosophy about what good business communication looks like) we started what was in effect a blog. A diary account of what it was like setting up our own business from day one on the proverbial kitchen table. Actually it was in my basement.

Our first employee was my dog. He was fired after a short while as he failed in his responsibilities which were simply to adorn the room and provide us with something to play with in between sucking the end of our pencils and throwing darts. He thought his responsibility was to bark when we weren’t actively playing ball with him, so we parted company.

15 years later Omobono employs nearly 70 people, with offices in Cambridge, Bristol, London and Chicago. We advise some of the biggest and best businesses on the planet on how to use digital to connect with their audiences – customers, staff and future talent.

But I think I’d still be beaten to the prize by Fru Hazlitt. Why? Because much of business is unsung, particularly in the space we work in. In 2001 when we ‘did the math’, as the Americans say, we discovered that over half the UK economy was driven by businesses doing business with other businesses. Most of those are not household names.

Most of those wouldn’t impress your friends if you were down the pub. In the advertising and communications industry it’s the consumer brands that get the glory. Say you are working on Guinness or BMW and people nod. They can imagine that it might be fun. I used to do it and it was. Say you work for a real estate company or a manufacturer of food ingredients and their faces go a bit blank. You can almost hear the inner voice in their head wondering what they are meant to say now.

But the simple fact is that over half the economy is still driven by businesses doing business with other businesses. Most of the biggest consumer companies in the world have huge business to business arms who make money and effectively make the consumer world go round. Without the distribution companies that take consumer goods to the retail outlets that sell them; without the real estate companies who buy, sell and manage the spaces in which they are sold; without the suppliers who provide the ingredients that go into the products that are sold; without the branding and marketing companies who create the look and feel of the product and tell people where they are there would be no consumer sales. 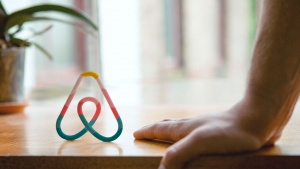 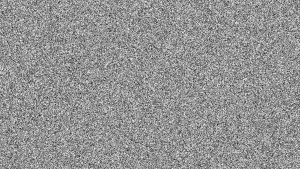