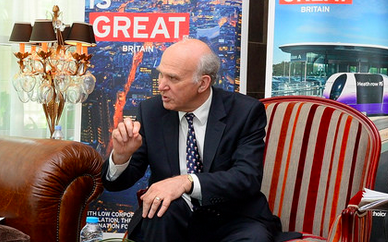 Despite having a zero per cent female representation at board level in 2010, both Old Mutual and Aggreko have posted a rise of 38.5 per cent and 30 per cent respectively since.

The two firms, Old Mutual an investment manager and Aggreko a power generator hire company, are part of a FTSE 100 constituent that have been put into the spotlight and encouraged to hire more females.

Commenting on the findings, and launch of the Inspirational Women in Business report, business secretary Vince Cable said that the UK?s voluntary and business-led approach is ?working?.

?Our target of 25 per cent women on boards by 2015 is in sight. However, the threat of EU mandatory targets remains a reality if we do not meet it,? he added.

?Businesses must not take their foot off the pedal during the final stretch ? if we are to avoid action from Brussels we must continue to demonstrate that our voluntary approach is the right one and is working.?

Read more on the debate:

To put the debate into context, the government hosted an event, co-hosted by Lord Davies of Abersoch, to provide FTSE chairs with an opportunity to network with aspiring non-executive women.

Explaining his company?s improvement and place at the top of the list, Patrick O?Sullivan, chairman of Old Mutual, said: ?Old Mutual aims to recruit and retain staff, at all levels, from as wide a background as possible. Our guiding principle is that successful candidates should be the best qualified for that role and for our business to succeed, our culture has to be one of the inclusion and opportunity for all our staff.

?I am pleased to say that we now have a board which reflects substantial diversity in terms of skills, experience, geography and gender.?

Lord Davies added: ?I have never doubted that the UK has plenty of talented senior women, capable and willing to serve on FTSE boards. In 2011, British business said they could fix this problem on they own and I am delighted we are now seeing evidence of this, with more women being picked to serve on the boards of Britain?s biggest companies.

?However the job is not yet done. Strengthening the executive talent pipeline remains the next and longer term challenge.?