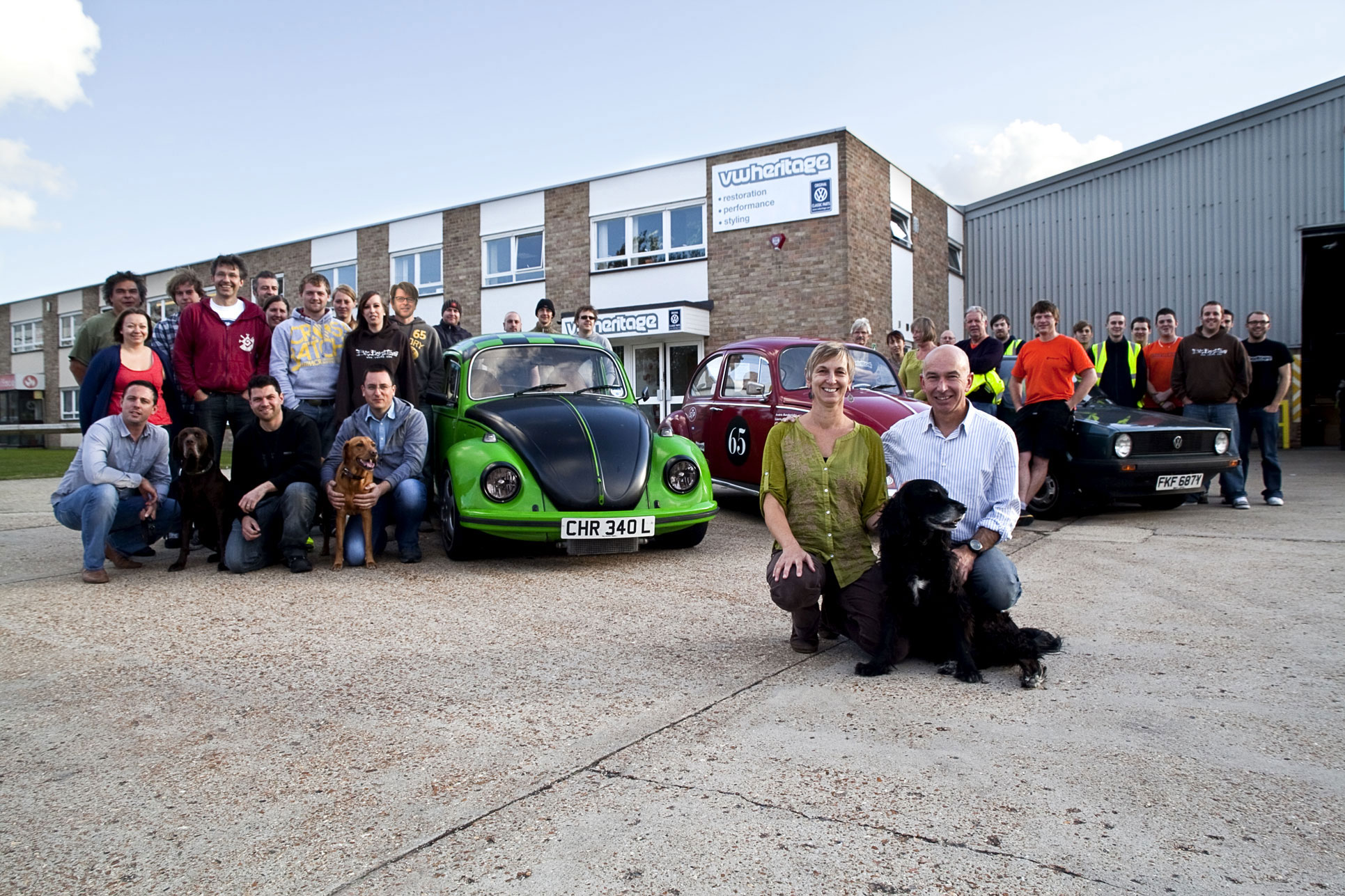 A spell working at British Steel in the late 1970’s shaped many of David Ward’s business ethics. He says: “In the head office, I saw the huge lack of commitment that went on in a nationalised company run by the upper classes, in their comfy jobs, and in comparison, on a visit to the Scottish Mills, I witnessed first hand the conditions of the workers in the mills. I was shocked. I became politicised for the first time in my life. I felt strongly that there should be a fair system for all, and that work conditions should be good, for everyone.” The popularity of classic VW cars has seen this corner of the automotive parts sector continue to grow in the last ten years, arguably against current trend in Great Britain.
It’s partly down to their iconic appeal, it’s undoubtedly down to their great design, and families are buying into the VW dream, taking “staycations” and justifying their costs by not taking as many fly away holidays. Incidentally, the VW Campervan is the most imported vehicle into the UK, and has been for a few years. The numbers on our shores are rising; which can only be great news for David and his team. Sustainability is not a word usually associated with the car industry and yet considerable evidence now supports the theory that keeping the same car for decades has much less of an impact even than buying a new, so called ‘green’ car. People’s concerns are all too often focused on the tank to wheel emissions. But the enormous environmental impact of manufacture and scrapping are frequently entirely overlooked. According to the ETA, (Environmental Transport Agency), before a new car even leaves the showroom, it has already accounted for 6 tonnes of CO2 emissions in the construction, delivery, and marketing. But, the current business model means that once a car goes out of production, after a number of years, the manufacturers stop making those parts available. This encourages people to buy new. VW Heritage want to help people to keep and care for their cherished vehicles long term. They also work with World Land Trust to reduce the impact of their business. Their ethical approach has clearly served them well. They are currently the UK’s largest classic VW specialist, in fact one of the largest in the World, and in 2011 were officially endorsed by Volkswagen being appointed UK partner for Volkswagen Classic Parts. To keep his feet on the ground, and remember where he came from David only needs look at the photograph hanging in his hallway. It tells the story of all the people who have helped him in his life; they are all standing on Brighton beach. A stones throw from where he now lives. From parents and friends, to the person who lent him £400 to buy his first Karmann Ghia, and even the man who gave him a washing-up job at the collective café in Holland in return for free accommodation, when he was there in the early days buying vans. It’s a visual testament to gratitude, succinctly conveying the type of character David, a business leader who takes nobody for granted. Tara Gould is a writer and journalist who communicates for companies online, with a focus on sustainability and ethical issues. Image source