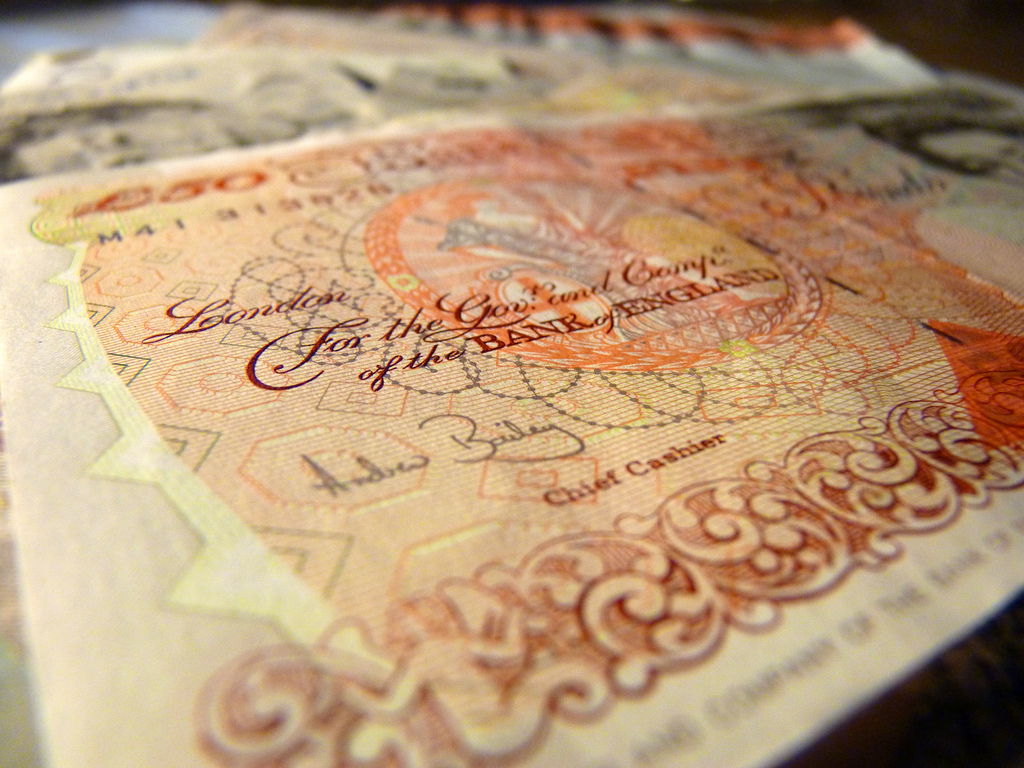 The UK?s growth appears anemic compared to pre-recessionary levels, but the country has weathered repeated shocks and is outperforming its international peers. Unemployment has dropped dramatically, hiring intentions are improving and the labour market is returning to normality.

That leaves us the problem of wage growth, fast becoming the most important issue facing policy makers. Inflation has outstripped wage growth almost every month since the start of start of the recession and there?s only been six months where wages have grown faster than inflation since June 2008 (consumer price index versus total pay).

This represents a huge reversal of the trend of ever-increasing spending power recorded for over a decade prior to the economic crisis. It?s manifesting itself in polls that show we don?t feel like we?ve all shared equally in the economic recovery and, more subtly, in the finger pointing at scape goats from the European Union.

And the pressure on wages is set to continue, even while low inflation provides us with breathing room. The CIPD?s latest “Labour Market Outlook” suggests over supply in low-skilled jobs, reduced churn and the relative stability of skills shortages is causing making weak pay growth persistent.

Productivity is also part of the problem. Company profitability and worker productivity are still well below pre-recessionary levels. This is a structural issue and is difficult to explain, much less fix.

Economists normally cite cyclical forces, claiming it?s not possible for workers to become less productive (as ex-monetary policy committee member Adam Posen says: “It?s not like workers have woken up to find that their left arms had fallen off”) ? or simply saying the UK?s economy will regain productivity as economic conditions improve.

However, the current experience is not bearing out either of these theories. As Gerwyn Davies, public policy adviser at the CIPD, points out the prediction that pay will increase alongside strong employment growth is proving to be ?the dog that hasn’t barked for some time now?.

In 1914, revolutionary businessman and economic erudite Henry Ford began to create his industrial revolution by increasing wages to $5, effectively doubling the earnings of the average production worker, and cutting shifts from nine to eight hours. Ford?s logic was that the move would increase productivity by improving retention and workers? commitment, and permitting the factory to run three shifts instead of two.

This was a grand gesture. Repeated today in a more subtle manner, perhaps by an increase in companies embracing the living wage, could provide stimulus and stoke productivity. In today?s climate, however, businesses often simply don?t have the necessary capital.

The CIPD says that the half of employers reported the main reason they cannot match the inflation rate in their basic pay awards is because they simply cannot afford to pay it. The second major reason is labour costs and other explanations include the cost of auto-enrolment pensions and the recent increase in the national minimum wage.

It?s hard to see what the government could do to solve the problems with either productivity or wage growth either. The increase in the minimum wage at the start of the year is welcome. As is Labour?s promise to raise it to ?8 per hour rate by 2020 and David Cameron?s plan to abolish income tax for these workers.

Our membership of the European Union is likely to continue to dominate the political debate.

But for politician?s the problem of wage growth ? the cost of living debate, as Ed Miliband refers to it ? is going to be a crucial plank of the economic discussion during next year?s election; what?s the point of telling the electorate our GDP is growing faster than our peers in the G8 when they feel, when they are, getting poorer year in, year out?

It?s possible the issue will right itself. However, the data to date suggests that isn?t the case, and entrepreneurs and politicians alike should be very worried about the implications of ever-declining spending power on our long-term growth prospects.