Skip to content
Raising Finance
Share via
Wales. It?s a land of myth and legend, of great mists and lush valleys, of castles, dragons, and bonnet-wearing maids. For a long time, coal mining, a labour heavy and physically dangerous occupation, formed the backbone of the Welsh economy and employed countless blue-collar workers. Ever since the en-masse closure of the mines, Wales has struggled to redefine its economic, and some might say cultural identity. In a bid to realign the employment imbalances the mine closures caused, the government started to offer grant initiatives, including the establishment of enterprise zones, to encourage big corporates to relocate their factories to Wales. But today, in 2018, what does the economic climate of this rural part of the UK look like? And, how ?safe? is it both physically, and economically, to work, and run a business there?

Wales: A risky place to do business?

Moorepay, a payroll service company, has analysed data from the Health and Safety Executive (HSE) and the Office for National Statistics (ONS) to create a business health and safety risk rating for each area of the UK, including Wales.

The research included data relating to factors such as accidents & fatalities, prosecutions, work-related illness and mental health issues. Against a national average of 49 (out of 100), Wales scored a shocking 72 and was home to five out of the 10 most dangerous areas to be found in Great Britain. London came lowest with a score of 26, and also came ninth out of 10 of the least risky areas ? the City of London was the least dangerous, with a score of 7. [article id=”124304″ title=”The high-street saviour?”]

Despite this survey, we must take into account the economic actors working on the ground to forge their own business success in Wales. What the below business owners and disruptors prove, is that you should listen to the testimonies of people, not bare statistics. These SME owners and growth success stories below are doing their bit to create jobs and opportunities for people in Wales, whilst pursuing their own business dreams. 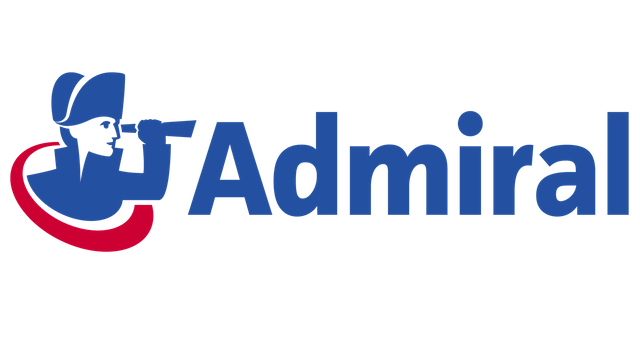 Launched in 1993 by Henry Engelhardt, the astounding success of Admiral, a motor insurance company, is proof that the Welsh economic dragon never died, it simply underwent some modern transformation. Starting life as a 57-person-strong SME, the company is now one of the largest and most iconic (cue their humourous TV ads) car insurance companies in the UK, with a growing presence abroad. Turnover last year was a whopping ?2.96 billion. It became a public company in 2004 when it was floated on The London Stock Exchange, and, despite their vast growth, their headquarters are still in Wales and remain one of the largest employers in the South-Wales region.

Launched in 1996 by Jonathan Hale, the company has since grown from a team of two to a team of 130. As well as private projects, the company undertakes construction work on behalf of the council including developing social housing projects in areas of South Wales. Turnover last year was ?21 million. They also count sustainability among one of their central founding values and undertake it as best practice across their building projects. They also have a strict approach to procurement of labor and have a full and thorough vetting process across their supply chains, a point that they make clear as part of their company values.

“Being an SME in Wales is an advantage, given the reduced office costs and our Central Cardiff location, which sits within a close-knit tech community.”? Justin Pike, founder, MYPINPAD

[article id=”120025″ title=”Cardiff is a growing business hub”] The future is looking bright for the brand, where they plan to integrate the technology with e-commerce companies and financial processors shortly.

“Wales has a rich talent pool boasting a host of expert staff occupying skills in every niche of the tech sector that rivals some of the more synonymous areas for tech hubs.”

Since it?s foundation, MYPINPAD has gone global and operates throughout Europe and Asia, and it doing its bit to reduce device-based fraud on a global scale, and despite it?s literally, universal success, the company has stayed true to its Welsh heritage and still has its HQ in the capital city of Cardiff.

?We need to continue providing the right facilities and critical mass to make the opportunities as exciting and cutting-edge as they are in other parts of the UK.?

Like in any region, business owners must put their money where their mouths are, and create exciting employment opportunities for people locally, enabling them to stay true to their Welsh roots, and contribute to the local economy. Initial investments should pay-off as larger amounts of young people, including well-educated graduates, will feel confident enough to remain in Wales and able for jobs if there are ambitious SME owners willing to try and make it happen.

“The Welsh Government have offered fantastic support systems since we launched in 2012 via events and various funding initiatives.”

Pike isn?t giving false promises here, the Welsh government is actively trying to help SMEs to get off their feet and grow. They offer business loans from ?50,000 up to ?2 million, which allows a vast array of SMEs the option to apply for funding, no matter what stage of growth they?re at. ? Check out the options here.