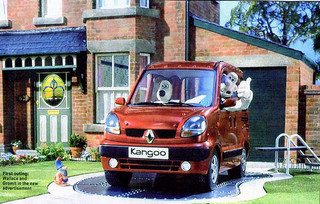 The two famous characters were assisted by some of the best weather in decades ? a summer heat wave that?s transformed some of the country?s top beaches over the last few summer months.

VisitEngland reported a significant increase in the number of visitors in several key tourism districts. Chief executive James Berresford noted a 66 per cent increase in visitor attractions, reporting higher-than-normal levels of tourism activity. The increase in tourist activity was matched by 55 per cent of accommodation providers claiming that an increased number of visitors had stayed in their rooms during the July and school holiday period. Berresford claimed that the ?Wallace and Gromit campaign was highly visible and motivating, especially with the core audience of families.? Familiarity with the characters may be one reason for the surge in tourist numbers this summer, but some in the advertising industry believe that it was the reach of the campaign that sealed the deal for many visitors to the UK. The Wallace and Gromit advertisements were installed on the back of international holiday coaches run by travel company Shearings, providing an audience of millions of people for the campaign. One of the UK?s top holiday companies, Shearings recently announced that it added 38 new coaches to its fleet. The deal, which reportedly cost ?10.5m, will allow the well-known coach holiday provider to expand its line-up of UK destinations. With the cost of air travel on the rise, many people are turning to coach holidays as a cost-effective and enjoyable alternative. The recent heat wave also inspired millions of Britons to holiday within the UK, rather than travelling abroad. The surge in domestic holidays has given hope to UK holiday companies and hotels, many of which saw demand fizzle after the 2008 financial crisis. Destinations such as Cornwall and the Lake District are particularly popular with both international and domestic visitors to the UK. Jenni Pope is Senior E-Commerce Executive at Shearings Holidays Image Source