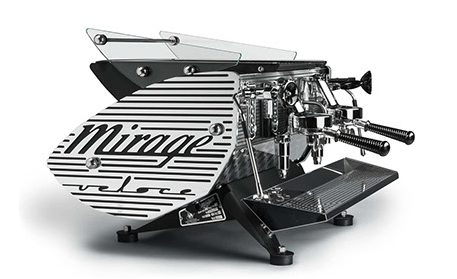 Share via
Know as a nation of tea drinkers, the fact that coffee is growing in popularity is not easy to swallow.How did this happen? Maybe having a Kees Van Der Westen Mirage will ease the pain though. In the words of Jeffrey Young, the chairman of Allegra Foundation, “we have moved from a nation of tea lovers and occasional instant coffee drinkers to a nation of coffee geeks.” He added that when people started truly writing about the coffee sector in 1999, the market had reached supposed saturation – “the mug is already full they said. But since then, when Starbucks had only just entered the UK and Costa had about 100 outlets, the market grew sevenfold and could even double over the next decade.” The hot drink is now becoming like wine, Young suggested – people want to learn how to taste it, where it’s from and how it’s made. And he isn’t the only one to report this change of taste. Emma Sturgess, in an article for the Guardian, claimed many thought the nation had been “seduced by the sweet, milky depths of American coffee culture, and it’s easy to see how. Exotica from restaurant menus eventually filter through to the home front – why should drinks be different?”

So why not toast to the success of your business clients through some coffee? Or give your client a coffee maker to keep – there is nothing better than coming into work from a long train journey to discover you have the ability to make a cheeky cup. But how do you know which machine to buy? That’s entirely up to the power of Google search, but while we have your attention we’ve got a recommendation: a Kees Van Der Westen Mirage. The company creates really exclusive coffee makers – think high end. Perhaps its most unique product is the Kees Van Der Westen Mirage, an espresso machine made from polished steel that appears to have been made with the American diner look in mind. Of the idea to move beyond the normal espresso machine appearance, founder Van Der Westen told BeanScene: “All the espresso machines looked like boxes. They were all made by Italians, which I thought was strange. Italians are known for their flair, so it didn’t really match up very well that their machines didn’t reflect this culture.” The machine can be customised with bespoke artwork or coloured panels. But if you’re really be prepared to give your clients the coffee experience of a lifetime you better start saving now as it will set you back £8,570.