There was a catalogue of mistakes on the latest episode of The Apprentice, which saw Lord Sugar challenge the contestants to organise and run a corporate box at Wembley during the Women’s FA Cup final.

The girls’ sub-team performance far outweighed the boys, with Claude even branding Jade a “selling machine”.

Both sides, however, fell to fatal errors in the corporate box, with Team Graphene compiling awkward statistics for entertainment.

Elsewhere, Team Vitality was offering high-end clientele Wotsits on paper plates, and a flute of tap water for the soft drink alternative in the corporate box.

From singing in the shower to singing at Wembley

He’s no Adele, but Harrison clearly took one for the team this week, not only entertaining corporate box guests with his rendition of Frank Sinatra, but also saving Team Vitality a massive £700 – helping them slide into victory for the first time this series.

The lesson? In business, if you’re complacent, you’re doing something wrong. Why? Part of growing and building a business is pushing yourself to your limits, working outside of your comfort zone and developing new skill sets. If you’ve never failed, your goals aren’t ambitious enough.

For someone that manages events for a living, Siobhan’s performance as PM was poor – she was unable to delegate effectively, and when she did her decisions were frankly ridiculous. A prime example was placing Bushra in charge of purchasing the wine for the corporate box, despite the fact she has never drank alcohol. How many glasses are in a bottle?

Knowing the strengths, weaknesses and skill set of your team members is vital for business success. Remember, your employees are a representation of you and your brand, so when they look bad, you do too.

Don’t get bitter – get better

According to Elizabeth, they threw her under a London bus, and came across as nothing but bitter losers. Yes, I’m talking about Joanna and Sarah-Jayne, summed up perfectly by Lord Sugar as argumentative and difficult.

When you spend your time focusing on what your competitors are doing, you lose sight of your own goals – If someone is creating a similar business idea over here, create yours over there and do it better.

Be stronger, sharper and more focused and don’t give a second thought to what others are doing within the same market sector.

This was one of the first lessons in business that Lord Sugar taught me, and he couldn’t have been more right. 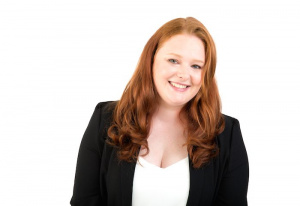 Confused by cloud services? Here’s a breakdown of the pros and cons