Personally, I’ve always wanted to control my own destiny. Countries, in my view, should do whatever’s necessary to maximise control of theirs.

It’s ludicrous to believe that a country can last with a significant trade deficit. The debt mentality that’s had such terrible consequences started with the balance-of-trade crises of the eighties, when we began to believe that, as a nation, we could always borrow our way out of trouble. We can’t.

So-called “wealth” based on ever-rising property prices and the service economy is unsustainable. It was true 30 years ago. It’s even more so today.

There are two types of business: wealth redistributors and wealth creators. Let me explain: a successful restaurant chain has relatively little net impact on the economic good of the country, other than redistributing money from the customers to the owners of the restaurants.

Wealth-creators, however, are like “the rising tide that raises all the boats”. The whole of the UK benefits from their operation, rather than merely their immediate stakeholders

Take a company such as HVI (Hallmarq Veterinary Imaging – I’ll acknowledge an interest: I’m an investor). One of the founders of HVI is a horse owner and discovered, on a visit to his vet in 2000, that vets had no access to MRI scanners.

So HVI was set up to provide low-cost MRI scanners for vets and has developed the world’s first MRI scanner for standing horses. Today, there are 51 systems in use around the world. In the year to August 2010, HVI achieved sales of £2.7m and operating profit of £50,000. One of the firm’s major milestones was to achieve recurring income from scan fees equalling fixed overheads.

This Guildford-based business is, to me, a real wealth-creator. Its technology is productivity-enhancing; it sells all over the world. These types of businesses bring two economic benefits to the country: a) increased exports; and b) they help horse owners by enabling them to get their horses’ injuries treated at a lower cost.

If the UK, saddled with a trade deficit, had only one person left to find work for, it would, in my humble opinion, be more rational to employ him at Hallmarq than at the restaurant chain. This is the choice the UK has to make on a national scale.

There is room for optimism. Britain does still create world-class businesses. Better still, we don’t need huge numbers of them for the whole of the UK to benefit. Let me tell you about just three (you can tell I’m a British smallcap-sector enthusiast).

First, Immunodiagnostics Systems Holdings (IDS). With an ageing population facing conditions such as osteoporosis and rheumatoid and osteo-arthritis, IDS is a world leader in terms of its range of bone and skeletal biomarkers. In 2004, it struggled to raise £1.5m on AIM; today it’s worth £340m.

Then there’s DxS – a leader in companion diagnostics (a subset of personalised medicine), identifying whether patients with cancer will respond to a particular treatment. Cancer treatments are expensive and generally only work on 15 per cent of patients; DxS enables smart decisions.

Finally, Education Development International (EDI). Its software tool – Campus – manages assessment services for the education sector. This cuts costs for customers, and enabled EDI to build a scalable overseas business – the firm was acquired by Pearson for £113m in 2011.

What do such companies have in common?

Each changes its respective supply chain, based on complex knowledge and understanding developed over many years; they commercialise that knowledge via a business model that generates significant recurring income; their products improve the productivity of their customers; and they address international markets from an early stage.

Mike Lynch, founder of Autonomy (sold to HP for £7bn in August), has said: “If creative, innovative brain power was a natural resource, the UK would be sitting on vast, mineable reserves. But, like an undeveloped country, we have not been able to convert this bountiful gift into sustainable prosperity.”

Now I’m not suggesting that Britain’s restaurant-owners all throw away their aprons and take to the laboratories, but we do need to focus on – and provide support for – the businesses that will underpin our recovery.

So here’s two things that government could do to support these businesses.

First, allow AIM-listed companies to be held in ISAs. At present, ISAs can only hold AIM investments that are tradeable on a recognised overseas stock exchange. I see no logic in favouring the latter and excluding the many world-class UK AIM companies.

Second, encourage long-term investing by allowing gains on securities held for more than eight years to be free of capital gains tax.

Did you get that, Whitehall?

Charles Breese has been investing in startup, early-stage and listed smaller companies for 30 years. He is head of research at London-based corporate finance company Lesmoir-Gordon, Boyle. 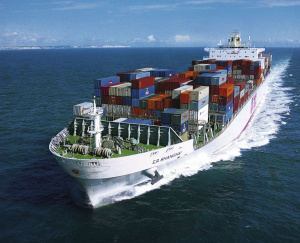 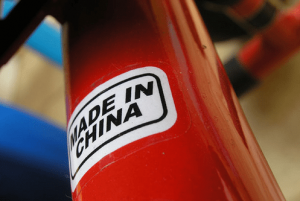