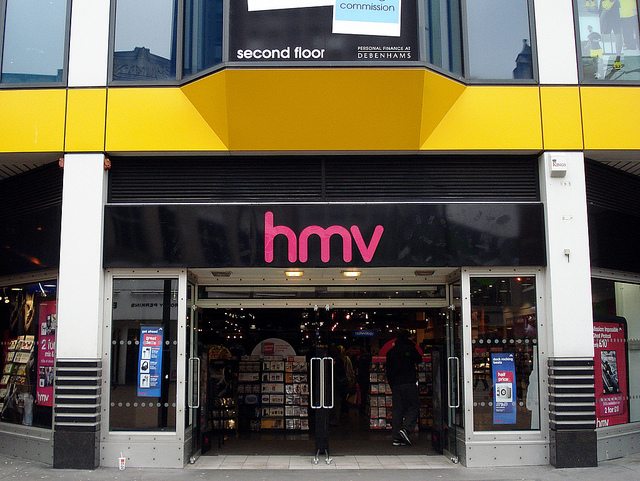 Showrooming, the practice of using a shop to browse and research, but buying from a cheaper online store later, has been a hot topic in the retail sector recently.

Our own research, conducted just before Christmas, showed for the first time the true cost of Showrooming in the UK. With one in five shoppers saying it was something they had done, and nearly half of those ending up buying elsewhere, nearly ten per cent of sales are walking out of the door as a direct result of showrooming activities. So it is no surprise that those retailers who seem least well equipped to deal with that loss are finding it hard to stay in business. And HMV looks like a prime example. Almost their entire product line is easily found at lower prices on Amazon and other online retailers, and reliable and often free next day postal delivery, there are no compelling reasons to pay more just to own it today. HMV became a great place to while away half an hour looking for inspiration, but not a place to pay over the odds for a purchase. But not only did HMV fail to read early enough the changing habits of shoppers for CDs, DVDs and games, they also failed to put in place an adequate online offering of their own. By failing to invest in ecommerce, you could say HMV lost their customer twice. Once when that customer decided they would switch their purchase behaviour from High Street to online, and again when that customer made a decision on which online retailer to buy from. So could they have done anything differently? I would argue yes. HMV had an inherent advantage over other retailers, in their links with the music industry and distributors. They could have built a unique online experience, offering a level of rich and exclusive content for music fans, which would have been unmatched by rivals. They could have been an early player in the download space, another behaviour change that they failed to read and react to. HMV?s problem, like Comet and Jessops before them, and like Blockbuster and I am sure others to come (Game anyone?) is that they failed to understand and respond to changes in consumer shopping behaviour. The lesson for all retailers is that only by investing in gaining a deep and insightful understanding of the shopping behaviours and preferences of your customers, can you design shopping experiences that keep them in your store, physically or virtually. Peter Ballard is managing partner of experience design agency, Foolproof. This article first appeared on foolproof.co.uk. Image source