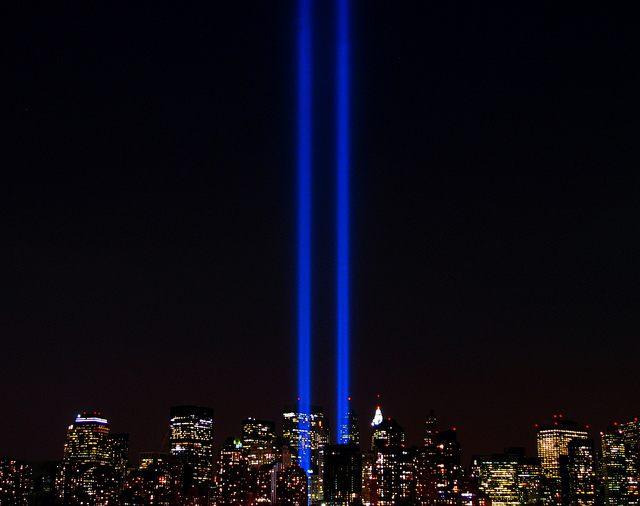 Over the last fews years, there have been persistent queries as to whether social media is the right channel for these notices, and should brands offer ‘sentiments’ (from whom are they coming?) on such an emotive subject? Judging from reactions on Twitter, a respectful, downplayed statement is by appreciated most. But a disrespectful (branded or – worst – featuring a product-placement) was taken very badly.

We will never forget. A toast to those who lost and loved. #neverforget pic.twitter.com/rKT4xdEAcJ ? ENO (@ENOHammocks) September 11, 2014

Today is a day of commemoration and quiet reflection. We will #NeverForget. pic.twitter.com/3HIdjL0tCr ? Ty Inc (@TyInc) September 11, 2014

Build-a-Bear deleted the tweet within minutes of posting it, while Arlington Bikram (based in the same city as the Pentagon, which was also struck on the day) responded with a sprawling apology.? Just so, as these posts were unbelievably out-of-touch, whatever their intentions – commercial or sympathetic – had been. As one glib commenter?put it on digital news magazine, VICE: “Brands can’t have feelings.” When brands attempt to express feelings they are seen as insincere or shallow – because the emotions are attributable to a largely faceless organisation, which violates a person’s desire for sympathy and empathy at what is, for some, a traumatic time. This caused the negative response. Without a doubt, behind some of the branded Twitter accounts who posted on Thursday, there lay some good (as well as commercial) intentions. But this is not easy to communicate, and the attempt – retrospectively obvious for many – shouldn’t have been made. Image source