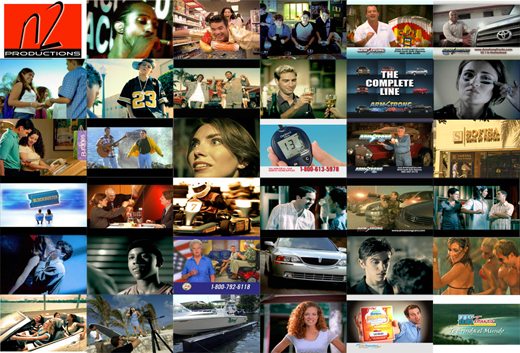 Share via
The Advertising Standards Authority (ASA) has released its ten most complained-about UK adverts of 2010. Paddy Power?s TV ad depicting a blind footballer kicking a cat was the most complained-about ad of last year. The ad, by Big Al?s Creative Emporium, attracted 1,313 complaints from viewers, the majority of whom argued that the spot was offensive to blind people and could encourage animal cruelty. However the ASA did not uphold the complaint, stating that the ad was surreal and light-hearted in tone and was not likely to cause serious or widespread offence. Watch the Paddy Power ad ? plus the other nine controversial ads ? below, plus commentary from the ASA on why the ads were or weren’t upheld.

Viewers complained that this ad, which showed a cat being kicked across a pitch by a blind football player, was offensive to blind people and could encourage animal cruelty. We felt the ad was surreal and light-hearted in tone and was unlikely to encourage or condone cruelty to animals or cause serious or widespread offence.

This TV ad offering sexual and reproductive health advice, information and services attracted complaints for various reasons, including that it promoted abortion. We felt it was clear that the advertisers were promoting their post conception advice service and was neither advocating one course of action over another, nor trivialising the dilemma of an unplanned pregnancy. In addition to the complaints detailed above, we received over 3,600 other objections, some prior to broadcast and some via petitions.

3. Department of Energy and Climate Change (Act on CO2)

We received objections that this “Act on CO2” TV and press campaign, which raised awareness of climate change, was misleading and scaremongering. We did not agree with the majority of the objections, but did uphold some complaints that claims in some of the press ads exaggerated the likelihood and impact of extreme weather conditions.

A poster for maritalaffair.co.uk attracted complaints that it implied extra-marital affairs were acceptable and desirable. It was clear that people found the concept of the website distasteful and immoral. However, we can only consider the content of the ad and not the service being advertised. We felt the ad itself was unlikely to cause serious or widespread offence.

This ad featuring a dog outside in his kennel on a windy and snowy Christmas day attracted complaints about irresponsible pet ownership. Complainants objected that it suggested it was acceptable to leave a family pet outside in cold conditions. We disagreed, and felt the ad did not endorse or encourage animal cruelty or neglect.

Both?men and women complained about the gender stereotypes portrayed in this ad for an oven cleaner which claimed ?so easy, even a man can do it?. We concluded the ad took a light-hearted and comical approach to its portrayal of “traditional” gender stereotypes, and was unlikely to cause serious or widespread offence.

Viewers objected to this ad which featured cute cartoon animals, cheery music and a “Pied Piper” type figure. Things turned more sinister when the animals were led to a butcher?s shop. The ad already had a restriction which meant it couldn?t be shown around programmes targeted at children, but we still received a number of complaints that the ad was offensive, irresponsible and distressing to children. On balance, we felt the ad with its existing scheduling restriction was acceptable.

This mailing consisted of a torn magazine or newspaper page with a handwritten Post-it note, which stated ?Hi, I saw this and thought you?d find it useful – he?s really good! J?. Complainants objected that the mailing was masquerading as personal correspondence and challenged claims being made within it. We upheld the complaints and told the advertiser to change their approach.

154 complaints ? not upheld / referred to Ofcom

Continuing their “you either love it or hate it” themed campaigns, Marmite ran two TV ads parodying party political broadcasts. Some complaints related specifically to the political aspect of the campaign and these were referred to Ofcom. Other objections related to racism, denigration and offence. We felt the ads were delivered in a lighthearted way and therefore were not in breach of the rules.

Complainants, who had seen this TV ad before 11 am and in the early evening, objected that it was offensive and inappropriate for broadcast when young children might be watching. We accepted that the ad might not be to all viewers? tastes, but there were no explicit sexual scenes or images. We considered its existing scheduling restriction, which prevented it from appearing in or around programmes targeted at children, was appropriate.