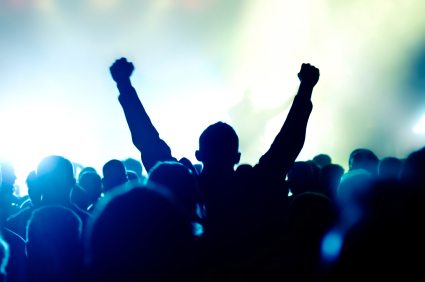 So relax, put your feet up, take the weekend off – you made it. You lived through the most punishing recession that the last one hundred years could throw at us. Phew!

But it’s not really like that, is it? All this hyperbole and junk reporting hides the real truths about being in business. It’s tough, always is and the economists’ declarations on recession or recovery don’t change that fact. I’ve felt for a long time that this hysterical media hype about the state of the economy has always been a long way off the mark and its generalities have whittled down the data to denominators that are, frankly, meaningless. Goldman Sachs recently questioned whether we were actually in recession at all. But that was last week – when the recession was still on – so the media headlines reduced the statement to the meanest of nibs. I’m not sure who really knows what’s been going on. One government contact told me that the ONS data was “hopeless” because of its inability to accurately account for online trading when measuring the economy. Besides – in this so called “most punishing of all recessions” – unemployment has been falling. Again, an inconvenient truth that has more often than not been swept under the carpet because it defies the laws of recession, namely that in times of downturn people lose their jobs. Many parts of the UK economy have pushed on through these past few years. If you are in technology, for example, chances are you’ve been experiencing boom conditions. So much so that one Tech City entrepreneur told me that there were at any time over 1,000 job vacancies that just couldn’t be filled. Make no mistake, these are and continue to be very tough times for a great many people. But they might not have been as bad as the media would have you believe and they certainly don’t follow the narrative or script that makes modern reporting appear more like a movie script than a sober reflection of the facts. To my mind, it’s not whether we’re in recession or recovery that really counts, it’s that Britain is not growing fast enough compared to other parts of the world. To illustrate the point, we have more startups than we have ever had before. That’s great – but, if we had the same level of entrepreneurial endeavour as the United States we would, according to BIS, have 900,000 additional businesses in this country. That’s the point. There is a gap between where we are and where we need to be if we want to be truly successful. Unemployment among 16 to 24-year-olds has dipped below 1m. Good news that it is going in the right direction, but a horrendous waste of young talent that these people can’t be put into work. Why? Because digital skills among Britain’s web-savvy young could be worth as much as £6.7bn to the British economy, according to a recent survey of UK businesses by mobile services provider O2. What’s important now is to work out what game we are in, what is our benchmark. A year ago, the prime minister made the point that, “the UK’s processes are more flexible that other European countries. [It’s] like saying we’re better than Italy at cricket. The real competition is the US and Asia.” I, for one, want to see a more upbeat Britain, one that has optimism etched into its DNA, one that frees the potential of its people, and one that roars with ambition. Less timid, more flair, more drive in becoming the commercial nation that we can be. So what might that future recession-free Britain be? I have always kept a great Cecil Beaton quote for a column like this. The irrepressible rogue said, “Be daring, be different, be impractical: be anything that will assert integrity of purpose and imaginative vision against the play-it safers, the creatures of the commonplace, the shades of the ordinary.” If you are going away today, turn off the TV and consider the words of Beaton. They might just be the little something for the weekend that will put a spring in your step this coming Monday. Michael Hayman is co-founder of the the public relations firm Seven Hills, a co-founder of the national campaign for entrepreneurs StartUp Britain, and Chairman of MADE: The Entrepreneur Festival.