Due to the power of technology and social media, there is less common courtesy in business, less working together, less thank you’s for a job well done and far more abuse. Such modesties have become an outmoded concept. Social media offers an open platform for indulgently vicious attacks and the proportions of positive feedback are nearly always minimal without assistance.

Customer service people are increasingly trained on conflict resolution and how to personally detach from any situation. It has become essential for them to do so. But the level of abuse people now feel is acceptable is simply too high.

Then, of course, there’s the fact we have become the culture of compensation. The definition of this is becoming increasingly blurred, ranging from reparation for a service or perceived loss or injury to making amends for something. What started as rightful measure for courts to award in extreme cases, has become a word bandied about as a threat by all and sundry.

Where does this leave the company that really cares about customer service because it has a certain morality, because it wants to have pride in what it does? In a word – stuffed.

I chat to many a small company that manufactures goods for the home, from kitchens to carpets and furniture of course. I hear horror stories constantly. The degrees of rudeness and that staff are treated with onsite is an enormous issue – one company I know lost its entire installation team on one day as they downed tools and refused to work in conditions where they were so abused. I hear of companies who have agreed to pay compensation on running late – for example a kitchen company who had to re-visit a site and therefore agreed to pay for an electrician to return to site on the last day as well, only to find the electrician was putting right a number of other errors not caused by them on their bill.

Above all, I hear of burn-out. Of staff and business owners who kill themselves to care and deliver for their customers, only to be spat at and abused. How difficult is it to ask your staff to care about customers and give up additional time to meet deadlines only to be greeted with abuse?

I note that some a former Oxford student is now suing the venerable establishment for his examination results. This is based on his own belief that his life would have been entirely different had he got higher results. I am sure it would. How many of us would have had different lives if we did better at school or college? It comes as no surprise that Oxford is endeavouring to have this case struck out. What a terrifying precedent it would be if anyone could successfully sue an education establishment for the state of their lives thereafter?

We are creating a crazy world; a world where there is no sense of self-responsibility but always one that we are looking to blame others. A world where truly disgusting behaviour to other human beings is in danger of becoming an acceptable norm. And a world where caring about the genuine results of what you achieve as an individual or a company becomes a luxury no-one can afford to stay sane, or even financially solvent. 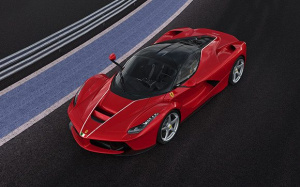