James Caan, the serial entrepreneur better known as one of the omnipotent investors from BBC’s television series Dragons’ Den, is urging small businesses to take more responsibility for their own actions in getting paid, and to consider alternative funding in order to keep the cash flowing.

Writing the first in a new series of guest blogs for the Institute of Credit Management (ICM), Caan gave his two pennies worth in the funding debate. Barriers to accessing finance? Bah, humbug. You can remove them. “The basics are, of course, to invoice on time, promptly and accurately,” he writes. “They are also to ensure that your quote has been accepted, the product or service delivered, and the terms and conditions of payment agreed in advance.

“If you do nothing else but stick to these simple rules, then your business will not only survive, but it will actually have every prospect of growing and contributing to the economic recovery that we so dearly seek.”

Sounds simple. Innovative online services, such as MarketInvoice, have made invoicing a fair bit simpler than it used to be. A well-needed shake up for a usually rather undynamic industry, which tends to be looked upon with scepticism. Caan’s emphasis on invoicing “on time, promptly and accurately” hints at businesses to make greater use of these tools; particularly when they’re small and dependent upon prompt payment. But is that all the average SME needs to do to survive?

No. Caan says that there is more small business can do: “The government is keen on encouraging the banks to lend but alternative funding mechanisms such as factoring and invoice discounting rarely deserve the negative publicity they are inclined to attract, and Supply Chain Finance – a particular favourite of government in 2012 – also has its place for certain companies at certain times.”

What the Dragon doesn’t acknowledge is that the alternative funding landscape – which boasts more options than only factoring and invoice discounting – has figuratively exploded in the past two years, and inevitably become confusing. Sure, every funding option has its place for certain companies at certain times; but which one is the right one for me? A question entrepreneurs are asking themselves too often. The answer is blurred by ambiguous press coverage of the lenders, and a lack of objective resources. Out of uncertainty, the finance seekers go back to the familiar bank overdrafts.

That’s a shame. The business finance landscape really has been disrupted, and these should be exciting times for businesses wanting to grow and entrepreneurs ready to start a new venture.

Last month, we took the chance of asking the Wonga Future 50 whether they think the financial crisis has created a more diverse, plural financing environment for businesses. These bright minds are some of the most exciting young companies in Britain; their lives have revolved around finding the financial sources to start and grow their businesses. 70 per cent of them replied with “yes”.

I find that very uplifting. It’s not every day we’re told that we’ve pulled something good out of the crisis. The problem is that we’re not leveraging it enough.

Philip King, Chief Executive of the ICM, agreed with Caan (who wrote the agreeable words on ICM’s website, of course), and highlighted that the ICM’s Managing Cashflow Guides, produced for the Department for Business, Innovation and Skills (BIS), have now exceeded 400,000 downloads.

There’s an undeniable need for guidance through the finance jungle, as much for young entrepreneurs as for established business leaders, who are struggling to keep up with the rapid changes. Here at Real Business we’re trying to do our share in shedding some light on that dingy maze, and hope that you’ll join us for the free Real Business Funding conference on March 15th. The most valuable are your own experiences with new lenders and lesser known sources of finance. 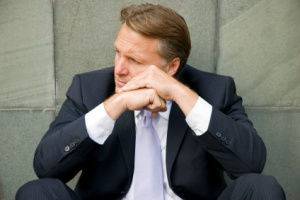 The 5 mistakes you’ll make as a business leader 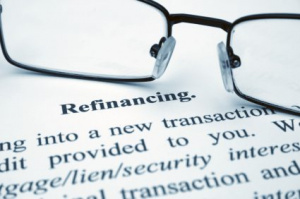