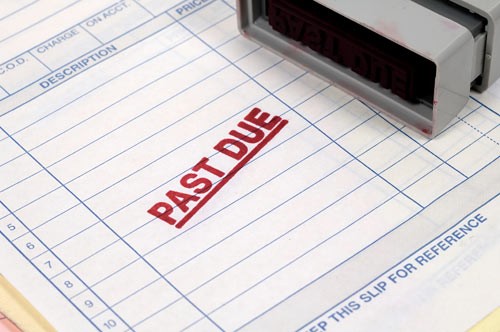 According to leading trade bodies, the culture of late payment is worsening.

Analysis of Government Companies House records by the firm reveals 4,192 micro- businesses, defined as having less than ten staff, on average each fell into £68,000 of trade debt in the last financial year. These firms also typically waited 63-days for payment – over double the standard payment terms. Research by the Institute of Directors (IoD) revealed two-thirds of SMEs suffer from the problem, and the Federation for Small Businesses (FSB) has stated one in five small firms are financially bullied by bigger clients. And in 2014, Bacs, the company responsible for direct debits, showed that companies employing less than 250 people were owed late payment debt of £39.4bn, whereas those employing more than that are only owed £6.7bn. Astonishingly, 60 per cent of SMEs are experiencing late payments and the average owed per business is £38,186. One in four admit that if that figure grew to £50,000 it would be enough to send them into bankruptcy. This is all despite government attempts to address the crisis, such as through the Prompt Payment Code, which seeks to encourage large businesses to set out clearly defined payment terms. However, due to the voluntary nature of the code, only 1,700 UK’s businesses have signed up to its principles. The EU Directive on Late Payment, calling for a maximum payment timeframe of 60 days, has also been largely ineffective. This is due to a loophole that allows for longer payment terms if agreed with the supplier. Last year, this led to food giant Mars doubling its payment terms from 60 to 100 days, with suppliers given little choice but to accept or risk loss of business. The FSB suggests that five per cent of small businesses have also been asked to make some form of payment to avoid being ejected from preferred lists of suppliers. The ‘Pay and Stay’ policy of Premier Foods, which involved requesting suppliers pay up to £5,000, was recently widely criticised. Read more about late payment: Mark Burgess, Debt Guard’s COO, said: “To combat what is an entrenched late payment culture damaging SMEs cash flow, tougher legislative action is required. For instance, the existing statutory right to charge late payment interest does not go far enough and should be replaced by a more robust ‘opt-out’ system instead.  “The risk of an enforced legislative financial penalty would help ensure that contracted payment terms are adhered to by big companies rather than undermined.”  The Small Business, Enterprise & Employment Bill, which includes clauses on tackling late payment, is currently on its passage through Parliament. However, a proposed amendment to introduce daily late payment interest at eight per cent above the base rate has been rejected by MPs.  “We would like the House of Lords to put forward an amendment in support of an ‘opt-out’ system on late payment daily interest charges for the House of Commons to consider,” Burgess added. “For those companies that do opt-out, they should be publicly named to dissuade others from following suit.” By Shané Schutte