The disruption caused by the eruption of Iceland’s Eyjafjallajökull volcano is unprecedented, bringing misery to millions of stranded passengers, but it is also racking up staggering costs to the UK economy.

With British airspace closed since last Thursday – and due to remain closed until midnight tonight at the earliest – the cost to airlines has been huge.

Yesterday alone, some 16,000 flights were cancelled across Europe. Accountancy firm KPMG estimates that the cost to airlines in terms of extra delays and hotel bills is likely to top £1bn. If the no-fly ban continues for longer, some airlines could go bust within days.

But the impact is also being felt across the rest of UK plc, as thousands of stranded workers fail to make it into work this week, at a cost of £500m thus far.

It is, of course, hard to calculate what the exact cost on the wider economy will be, but you can be sure that it will affect a wide-range of businesses, costing hundreds of millions of pounds. For example, importers of flowers and vegetables, tech companies relying on “just-in-time” deliveries of components, event organisers and others will already be feeling the pinch.

European economists say that so far they haven’t changed their models or predictions for European growth, hoping that normal service could resume this week. But in a worst-case scenario, in which the ash cloud closes European airspace for months, one economist estimates lost travel and tourism revenue alone could knock 1-2 percentage points off regional growth as long as it lasts.

“That would mean a lot of European countries wouldn’t get any growth this year,” says Vanessa Rossi, senior economic fellow at Chatham House. “It would literally stifle the recovery. But the problem is that it’s incredibly hard to predict what will happen. Even the geologists can’t tell us.”

Travel and tourism accounts for around five per cent of global GDP – some $3trn – with Europe accounting for a third of that, much of it accruing over the summer months. Not all of this would be lost, but Rossi estimates that a prolonged shutdown could cost up to $5-10bn a week in the industry.

The impact is likely to be wider, though. Sure, most of the world’s goods by volume move by sea and land, but transport analysts estimate that 40 per cent by value moves by air.

The real problem is that no-one can tell when there will be a return to normalcy.

Has your business been affected? Do you have any contingency plans in place? Is any of your staff stranded? Get in touch, or leave a comment below. 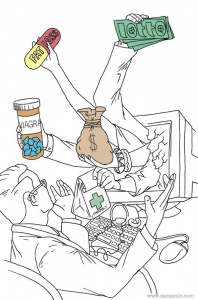 One small step for spamkind 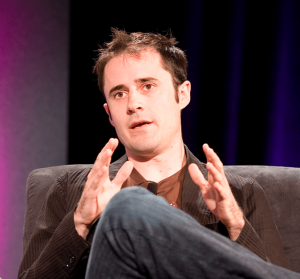