Because universities are businesses, from the moment teenagers began ripping open the envelopes containing their A Level results last week, those who have a vested interest in getting bums on seats in lecture theatres were out there telling lies to the latest group of bright young students.

Completing a university degree does not guarantee a graduate job and the supposed riches that it brings. In 2015, six months after graduation, 60,000 new graduates were in non-graduate jobs. That is a national statistic that I used during a radio debate last week, which was countered by a bloke representing another company, sorry, education establishment – the University of Bedfordshire. He said 90 per cent of his graduates had jobs.

This, of course, is true, but they aren’t all graduate jobs, and is a perfect example of how these people misrepresent what they’re selling. Another way the product is being misrepresented is when those in charge say that a graduate will earn a couple of hundred grand more than non-graduates.

It might be true compared to the entire non-graduate population, but that’s not the case against non-graduates who train for a similar period of time, but just don’t go to university. And there is the small matter of the 50 grand-worth of fee debt they have to pay off that needs to be subtracted from any alleged larger life-long salary. That, to me, looks a bit like selling wine, without mentioning the 14 per cent alcohol it contains!

Personally, I think the advertising standards people should start regulating these education businesses, and making them justify their wildly inaccurate and misleading claims.

It was also good to see last week that other well-known personalities and business people, such as Duncan Bannatyne and Jeremy Clarkson, took to Twitter to point out that university is not the be-all-and-end-all and a good career can be forged without a rolled up scroll in a ribbon. We have to make young people more aware of the alternatives and wean them off the single-minded attitude that university is the golden gate to success.

The truth, of course, is that I’m all for training, and am not against universities for those who need to go to learn skills needed for certain jobs. I, for example, want my doctor to have a good grasp of science and human physiology at a qualification-standard above an A Level.

That said, I note that surgeons for example, are trained in a way that looks pretty much like an apprenticeship to me and proves that practical training can be at the heart of learning.

Point is, trade apprenticeships are a great way of building a career that will keep you in good paying work for life. At the end of your training you will be employable, unlike graduates, who need to be trained again by their new employers, should they manage to find a job. As an apprentice you also get paid while you train, and there is no £50k tuition fees debt at the end.

Of course, I’m a businessman too and also have a vested interest in getting more apprentices into training. If we don’t train them, there will be no tradespeople to keep my company going in the future. The main difference though is I’m not making money from apprentices, quite the opposite for the first year at least, and what I’m offering is better, and makes more sense.

More on this topic- university waste of time ?

If it’s more articles from Charlie Mullins that you’re after then look no further. Here he talks about the fact that while most of us are glad to have consigned things to the history books, it appears some company owners still have their feet firmly in the past when it comes to getting a fair day’s pay for a fair day’s work. 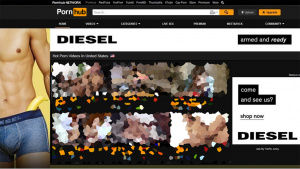 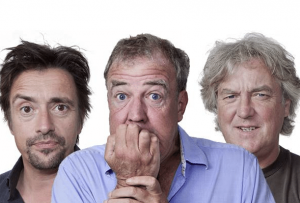