Skip to content
Business Technology
Share via
Back in the day, one of the ways to measure spikes in consumer behaviour was to calculate how many cups of tea were being made when a big event was on the TV. The National Grid would talk about the extra electricity used by millions of people as they started boiling kettles during half time in the FA cup final, or when East Enders finished. Known as “TV Pickup”, the record was set during the England v West Germany semi-final penalty shootout in the 1990 World Cup. The country suddenly needed an extra 2800MW of power as over one million kettles were switched on at the same time. By the end of the match, many of us needed something stronger than tea. This data was a barometer of national interest, and a real test of infrastructure flexibility and resilience. And there’s a modern equivalent which is proving an increasing challenge for organisations of all sizes and types – web traffic surges. Technology failures caused by web traffic surges can be embarrassing as well as expensive, yet they still occur with predictable regularity. So, what is the biggest risk of failing to predict and cope with such spikes? Also, what steps can be taken to protect technology and the business it supports?

Why should I care?

Web traffic surges can happen to any organisation, at any time, for various reasons. Whether it’s a spike of interest caused by a new social media trend, a marketing email that has gone down really well, or a malicious denial of service attack, the end result is the same. A site which is offline can’t make money. But are a few minutes of downtime really a problem? In almost every case, yes. Don’t work on the assumption that downtime will be brief. Don’t forget the impact of downtime can be much broader than the immediate loss of sales. It can also have a serious effect on reputation and customer loyalty – even a few hours can have a huge impact on the bottom line.

Don’t wait for the problem – prepare for it

At the heart of the solution is your choice of hosting provider. That’s because the easiest way you can avoid the downtime is to select a partner that can handle the peaks during busy times. Ensure their infrastructure is both scalable and flexible. Ask about what preparations are made in advance. This flexibility is important because it allows infrastructure to be scaled down during the calmer lulls in activity. Essentially, you only spend money on what you need – winner, right? A sound hosting provider will also run continuous tests, ensuring peaks in your website activity will not lead to sudden – and costly – downtime. This ongoing infrastructure assessment and testing will ensure continuity in the face of real web traffic surges. Equally important is to plan ahead. If you are running marketing activity that could drive lots of extra traffic to your site, don’t wait for the traffic to arrive before acting – get ready in advance. Scale your capacity to meet potential demand around your campaigns. Ultimately, if online purchasing is key to your business, you need to monitor, plan and scale your site to cope with variable traffic. Ensure peak performance during periods of high traffic, consistent connectivity and uptime, and a 24/7/365 support line for the added comfort and support. Jake Madders is director at Hyve 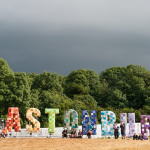 It may seem like the festival season has just finished, but tickets for Glastonbury 2017 have already been on sale and sold out within an hour of release. But it’s a shame a website traffic jam left many customers with a bitter taste in their mouths.