The Sunday papers and political TV shows yesterday were full of the Prime Minister announcing plans, if he is returned to office at the general election in May, regarding Job Seeker’s Allowance.

David Cameron has said that 18-21-year-olds will be barred from claiming Job Seeker’s or housing benefit to make sure they are earning or learning rather than going straight from school into a benefits-funded life on the sofa.

The £300m savings that would come from the cuts will be spent on increasing the number of paid apprentices.

This is a major step forward, but admittedly just a skirmish in the overall war to make apprenticeships the core route to feeding employers with skilled and motivated young people.

I have been campaigning for this for some time. I have seen at the coal face, or under the sink perhaps in my case, the drying up of the pool of talent while, at the same time, youth unemployment has crept up and held at around the 1m mark.

So we are moving forward, but it not totally the result I am after. That’s why today I was at the Tory Conference with an exhibition stand and a crew of apprentices to further convince the party of the benefits of a fully-funded scheme.

What better place to take our youth skills and apprenticeship than to the heart of government, where all those who have sway over the way we forge education and skills training policy will be present, and listening?

Secondly, with just months to go before next year’s election, this is the time and place where the future of the next administration will be decided.

It seems to me that anyone who’s serious about influencing changes in the second five years of a Conservative Britain, this time hopefully without a partner to slow things down, needs to show up and be counted in Birmingham.

There’s no denying that some members of the party, including those in high positions, agree with the sentiment of my campaign – and yesterday’s policy pledge proves that. I’m also having dinner tonight with the chancellor and his small business ambassador Karren Brady tonight. You can be guaranteed apprenticeships will be top of the list of conversations starters.

But being at the conference will also help drive the message home to all levels of the party, other businesses in attendance and the assembled media who’ve descended on Birmingham.

When I first picked up my tool bag as a trainee plumber I knew it could give me a good living, but I didn’t have a clue it would lead me to become a champion for vocational training and, in particular, apprentices.

However, it’s a role I am more than happy with it means that five or ten years down the line my industry, and other skilled professions, looking for new employees are spoilt for choice. 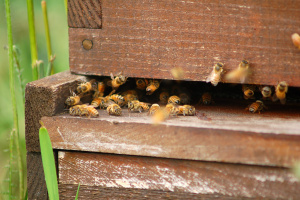 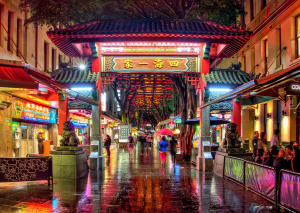