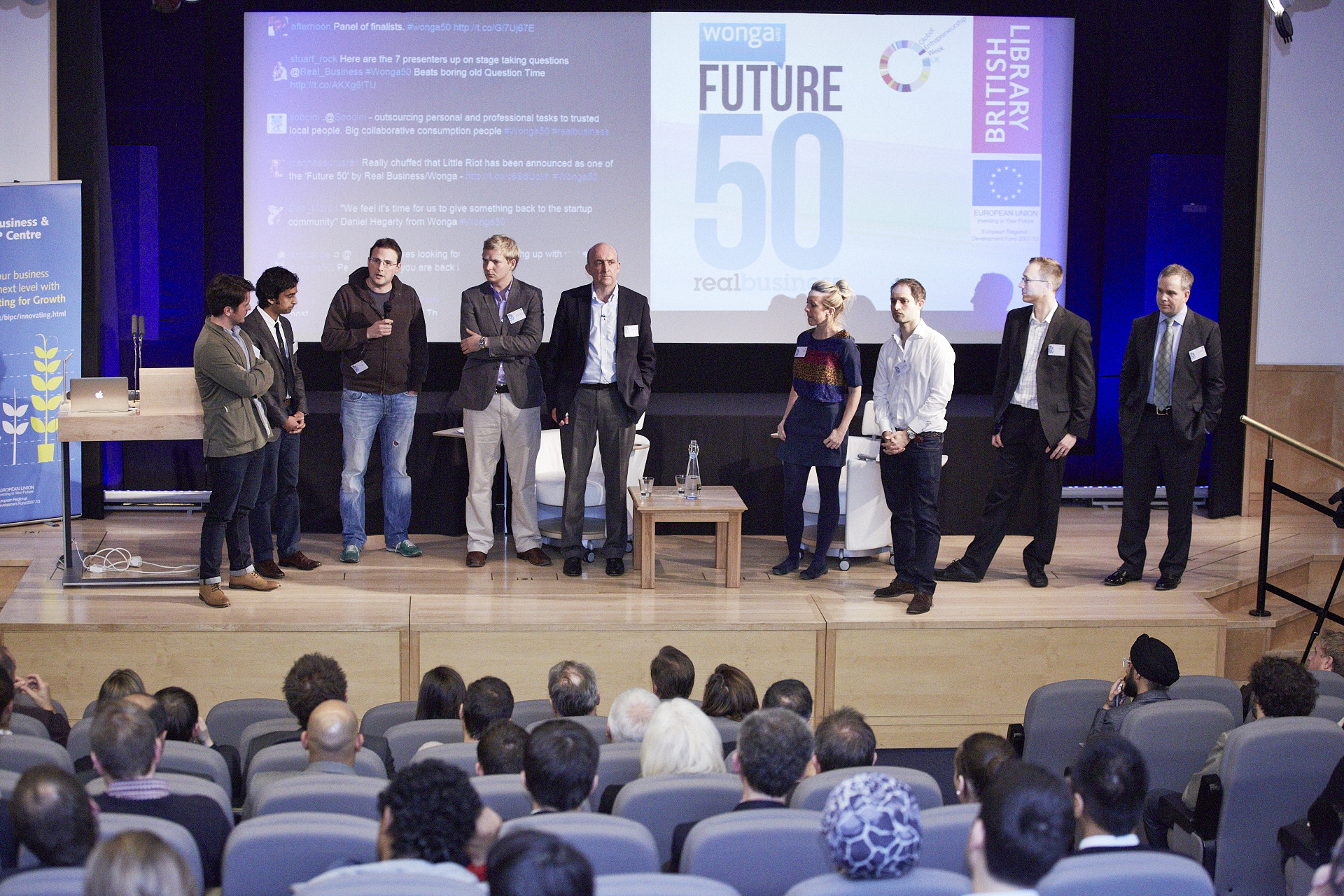 On November 14, at aspecial Global Entrepreneurship Week event, Real Business unveiled?50 of the UK’s most exciting, disruptive, innovative young companies in Britain. Bringing them together in the British Library, we listened to their visionary ideas, shared advice, celebrated their success, and, yes,?had a few drinks together.

The Wonga Future 50, created by Real Business, is a remarkable list that showcases the creativity and brainpower of the UK’s new generation of entrepreneurs. But there was one more thing we wanted to know: which, among the 50, is your favourite business? So we whittled the Wonga Future 50 down to the ten companies that received the most?judges‘ votes and asked Real Business readers to pick their favourite.

This is not a scientific exercise. We encouraged lobbying by our top ten. We did apply some rules to the contest: votes should be cast by actual people (not spiders). We applied checks through the process. ?

The People’s Champion voting soon became a neck-and-neck race between two remarkable candidates: call-centre rebels WeQ4U and liquid cooling pioneers Iceotope. In the end, with more than 2,000 unique votes, WeQ4U edged it. The smart start-up quickly became popular for fighting the (scandalous!) amount of time that UK consumers ? and businesses ? waste on hold in call-centre queues. When phoning a call centre using the (free) WeQ4U app, you may terminate the call as you are put on hold. As soon as an operator deigns to speak to you, the app reconnects you ? having saved you time and money. Congratulations to a business that has solved an everyday problem with a smart idea ? their People’s Champion award is well deserved. WeQ4U’s managing director Matt King told Real Business: “Winning the Future 50 People’s Champion means a huge amount to us. It’s our first major award, and validates our efforts to save callers money on their phone bills, as well as get them through to call centres without waiting. ?What means the most to us is the thousands of people who’ve voted to say we’re doing a great job too. Thank you. I’m sure I speak for the whole company when I say, we couldn’t be more pleased.” A big shout out, at this stage, also to the other People’s Champion candidates. In particular to Iceotope, a fantastic business that plays a great part in reducing CO2 emissions produced by data centres. Iceotope’s technology has great potential ? and makes them a champion nonetheless; as does the skill and creativity of every single Wonga Future 50 company. Next stage in the Wonga Future 50 programme: watch out for our special edition of Real Business in January, focusing on the challenges faced by the 50; and analysing the trends across the list.