One of today’s modern misconceptions is that social media is essential for business. The truth is, most bosses invest lots of money in social media as if those channels were a goal in itself, but in reality it is just a tool for talking and listening to your clients.

Many would disagree with this sentiment, but to JD Wetherspoon, it was a justifiable reason to quit social media altogether. Its chairman, Tim Martin, proclaimed it was “becoming increasingly obvious that people spend too much time on Twitter, Instagram and Facebook, and struggle to control the compulsion.”

Wetherspoon wasn’t the best at using social media in the first place. Craft & Slice writer Michael went so far as to paint its endeavours on Twitter as “inconsistent and sporadically updated with mundane content”. Michael added: “JD Wetherspoon’s is ingrained in British pub culture, its consistency makes it a go-to for regular customers. But removing its social presence will also have no effect because it gave people no reason to interact.”

Whether the move was a stunt, or related to the misuse of mailing lists – a thought now flitting around on the internet – everyone seems to agree that its weak use of social media won’t make negative waves.

That being said, there are examples of companies being weak or absent across social media that remain successful at the same time. “Apple, for example, has never run contests or produced a huge amount of content for Facebook and it is still able to sell billions of devices. Same with Google, Tesla or SpaceX,” Evgeny Chereshnev, CEO and founder of Biolink, explained.

“The reason for such behaviour is very simple to explain,” Chereshnev said. “Most companies prefer to talk. As a result, a huge amount of content is produced and, in most cases, this is a total waste of money and time. Every human being has a cap on how much information he or she a) can handle during the day b) wants to read to start with!

“Most content produced is never even read. Even when your company seems to have likes and shares for a promoted post, those are often just bots. The truth is, when you are a company that has something truly unique and valuable to say, people will always find a way to get in touch with you. They either will come to your blog or get information from a traditional source like a well-known and trusted media outlet.

“Don’t get me wrong, social media can be a productive activity, but unfortunately creativity is not scalable. Great social managers and leaders are a rare breed and a lot of them get exhausted over time and stop being quite so great. Such an ecosystem is a complex thing to set up and maintain. There is literally only a handful of people who can lead global social media teams effectively.”

The importance of a good social media strategy shines through. It’s a time-consuming activity, but if you’re not doing a proper job of it, then it may end up being more trouble than it’s worth. This could be one of the biggest reasons why Wetherspoon abandoned social media. Likewise, it was a way to move beyond branded content in the hope of encouraging more meaningful interactions.

It’s one thing to say a company can do without it, but it’s not always the best idea to dismiss it entirely. The company may run into trouble further down the line, especially for suggesting that communicating with followers with a click of a tweet was a hassle for everyone. 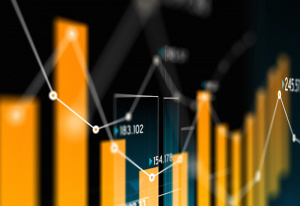