Around ten years ago I finally accepted failure in our efforts to raise what might have been the UK’s first social impact fund. In partnership with The Big Issue and Anita & Gordon Roddick from The Body Shop, we set out to change finance so that society benefits at the same time as investors, fund managers and entrepreneurs. Two-thirds of each meeting was spent explaining “social investing” and our efforts came to nought.

Candidly speaking, we had no business model (we tried about a dozen), but had aspirations and a belief that social investing would take off. Fortunately, I had some wealthy (and sufficiently guilty and well-intentioned) friends & family, and we managed to raise £262,500 to get started. By this point, the concept of social investment had entered the lexicon, but most felt it was a concept with lofty ideals but little substance. I believe most of these good-hearted angels thought they would never see the money again – yet I am eternally grateful to them.

We went on to raise another £1m from these and more charitably-inclined angel investors—staving off bankruptcy twice. These dozen angels were joined by NESTA (£150k) and then Big Society Capital (BSC-£1m), both independent institutions set up by Government, with a mission to catalyse the social impact marketplace. Who knows if they ever expected their money back, but creating a social investment infrastructure was their mission and our new business model (number 13) was and still is focused on helping to raise investment for socially impactful businesses. So a government mandated mission replaced guilt and charitable intent. We were delighted they invested, and again kept the receivers at bay.

Last week we announced the completion of a fifth investment round of £804k from 17 investors. Most of this came from new investors, although we were delighted to become the first-ever follow-on investment (£250k) of BSC. The ten comprised successful mainstream entrepreneurs, fund managers and a few successful social entrepreneurs — for example, the aforementioned Gordon Roddick invested — proving that sometimes partnerships take a bit of time and patience to form.

What was most interesting about this round was that people seemed to actually want to invest. In a number of cases, individuals we asked to invest £X insisted on investing twice that sum — and would not accept less. This is why we raised £804k, which exceeded our £750k Board-mandated “maximum” — and could have raised over £1m. 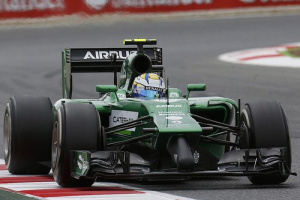 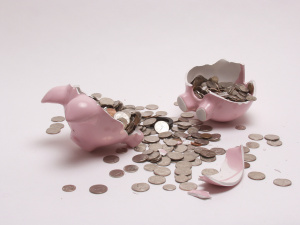 62% of businesses are not taking out disruption insurance