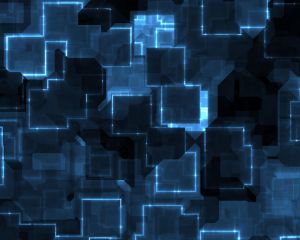 But with such a growing proportion of assets being held digitally, how can precious property be handed down ? and to what extent is this process adequately dealt with by current law?

It is no longer the case that you only have a physical music collection, library of books or indeed cash (whether in a bank account or physically). These days, most of us have eBooks, iTunes and, in some cases, online assets with considerable value. In fact, a recent poll undertaken by leading cloud computing company Rackspace showed that 53 per cent of those polled had ?treasured possessions stored digitally? which were estimated to total ?23m.

Passwords in your will

Although digital inheritance may appear simple, with the solution being to include full details of your relevant usernames and passwords in your will, this is not always the most practical method, and in some cases may not be legally possible. The first issue relates to including your username(s) and password(s) in your will, as this can later become a publicly accessible document when in probate and your details will be available to anyone seeing the will. A safer option would be to refer to a sealed envelope, which may be handed to your lawyer and stored with your will. This document does not become public and so will remain completely confidential.  There are also a number of companies who will retain your confidential, sensitive information and will only disclose it upon death in accordance with your instructions. However, even if all the necessary information is provided to the beneficiaries, in some instances they may not legally be able to benefit from those assets. Contrary to popular belief, you do not ?own? the majority of your digital assets. Instead, you are usually granted an ?End User Licence? by the owner of the digital asset to use during your lifetime. In most cases, these licences specifically prohibit the assignment to another person. For example, Apple?s terms and conditions contain the following clause: ?You may not rent, lease, sell, transfer, redistribute or sublicence the Licensed Application and, if you sell your Mac computer or iOS device to a third party, you must remove the Licensed Application from the Mac Computer or iOS device before doing so?. Apple is not alone in this provision, which is replicated in a number of other digital brands such as Amazon Kindle. While there is nothing to stop people leaving their computer or tablet to any person in their will, these terms and conditions prevent that person from legally having access and being able to use the digital assets accessed through or stored on those bestowed devices.

The value of virtual goods

In recent years there has also been an increase in ?virtual goods? that can generate billions of pounds of revenue each year. Put simply, virtual goods are non-physical, abstract objects that are traded in online gaming communities but do not equate to physical wealth. However, there have been notable exceptions to this, which mean that virtual goods and their value may need to be considered in an individual?s estate upon death. A prime example of this can be seen with online games such as Entropia Universe and Second Life. These allow players to own in-game currency by trading and purchasing virtual goods to make a profit ? which can then be converted into real currency. In 2010, a player of Entropia Universe set a new world record for the most expensive virtual item purchased, buying the Crystal Palace Space Station for the equivalent of US$100,000. This case highlights the potential value of digital assets. However, much like Apple and Amazon, the participation in this game is through the granting of an End User Licence Agreement, which the user is prevented from transferring and so the value of these assets is lost as they cannot be passed on, and the terms and conditions state: ?No transfer of licence. The Participant may not sell, lease, sublicense or otherwise transfer any rights to the Entropia Universe System to third parties?. Image source