Prime minister David Cameron has promised British voters the choice of whether or not to quit the European Union (EU). But what would happen if the UK really were to separate from the EU?

Here’s an overview of what British business would have to expect if the UK decides to “go solo”.

British bankers fear that their access to European capital markets could be impeded if Britain left the bloc. After all, it is because of the EU that foreign markets such as China have opened up to the UK. Banks such as BNP Paribas and Societe Generale, who have a significant business presence in London, will be pressured by their national governments to return to their home countries.

“Do you really believe the German government is going to allow Deutsche to operate in exactly the same way if Britain is outside the EU?” said a senior figure at a foreign bank. The banks would, of course, not disappear over night – but over time, they would.

According to the Bruges Group, however, leaving the EU “means a reduction in financial contributions from more than £6bn to around £3.9bn a year. Since Britain sends £15bn to the EU and £9bn is returned, and spent according to EU guidelines, this spending would now be determined by Westminster MPs.”

The auto industry, which was one of Britain’s success stories throughout the recession, will suffer. Manufacturers would be looking at a four per cent tariff on car-equipment sales to the EU and there would be pressure to impose tariffs on imported components.

Added to that, cheap European destination flights will be a thing of the past as new taxes would be applied to UK airlines.

As a UK citizen, you are free to move, live and study anywhere within the EU. If the UK leaves the EU, Briton’s will become more restricted. Costs to education outside of Britain will increase, and students will be even more reliant on UK universities and their rising fees.

But the problem does also incur the other way around. Young talent from within the EU will be much less likely to study in the UK. Victor Henning, co-founder of Mendeley, believes that it will lead to the loss of three million jobs and chase away the talent they fought so hard to get within the EU. “The best entrepreneurial talent would congregate to Berlin instead. My co-founders and I are German and more than half of our 50 employees are EU citizens. It’s a nightmare to bring in qualified employees from countries outside the UK. It took us nine months to get visa approval for a machine learning Ph.D from Serbia.”

A reduction in regulations, however, could lead to the creation of more than 1,000 jobs. “A move to employment rates at EFTA levels would result, providing sensible economic policies are also followed, in an additional 500,000 to 1m jobs.” Bruges Group figures suggest.

The UK would loose the benefits of trade treaties and would need to start negotiating – a task that will possibly take years. In that time, exports risk collapsing. Had it not been for our export growth last year, we might have fallen into recession sooner.

Britain would still be able to sell goods in the single market, but unable to set the rules that govern the European market. UK exporters would have to conform to European regulations.

As about half of Britain’s goods exports and over a third of its service exports go to the EU, Britain would need to ensure that exports to the EU are not hit with import tariffs, which averaged 5.3 per cent in 2011.

While the UK could potentially negotiate various free trade agreements, it would be a complex and drawn-out process. With the restriction of free trade, companies could be tempted to leave the UK and find an EU country to be based in.

According to Roderick Abbott, who served as deputy director-general of the WTO and the European Commission’s trade department, there are no advantages. “Could we negotiate a free trade area with the EU? It would be feasible, but you have to be sure that’s what the other side wants. Having said ‘we want to shut the door and stop paying into your budget’, can we then say ‘please give us free trade for free?”

But Tory MP Bill Cash is convinced that the change regarding trade will be small: “We will continue to trade with Europe, as part of an association of nation states.”

Britain imports more than it exports, with an annual trade deficit of £42bn. Some debate that this deficit gives us the right to demand opt-outs and budget rebates from European partners. The problem, however, lies in the French wine, German cars and European goods we can’t live without.

European goods will become more expensive for consumers. Europe, however, sells more goods to the UK than we do to them, so high import tariffs on British goods could backfire. This could be helpful in negotiating new treaties with EU countries.

The UK would struggle to maintain London’s benefits – a financial and tech centre, contributor to the national economy and significant exporter. It might force financial activity to move outside London and inside the eurozone. In essence, London’s status as the world’s capital city would be in serious threat. It is probable that multinational companies would move overseas and with it, the UK’s ability to attract top talent from across the world. This could damage the UK economy as a whole.

“Pulling out of the EU would obliterate the UKs position as the best place to start a tech company in Europe and kill many nascent startups in London,” Henning concluded. 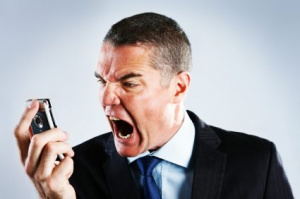 Are emotions a taboo in business? 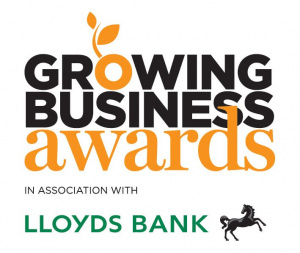