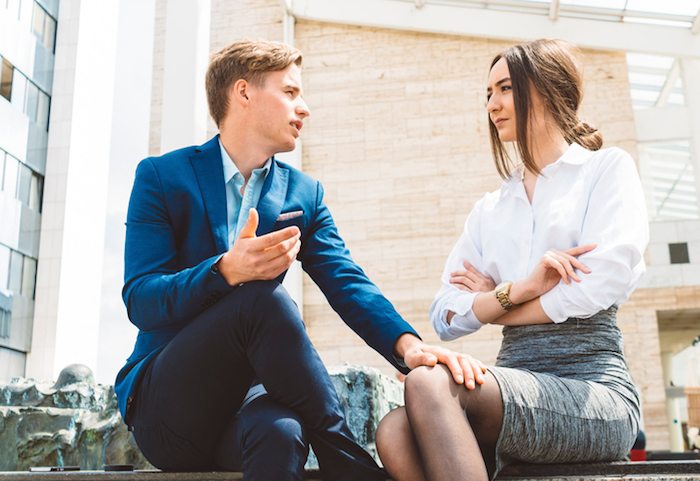 Share via
Public figures among Hollywood and the government have been thrown into the limelight after the Harvey Weinstein case paved the way for sexual harassment allegations. Making harassment an ongoing topic, Real Business is hopeful it can boost awareness around how often it happens and raise confidence that no voice should go unheard. A study by YouGov, however, suggests there may be a spanner in the works: Brits don’t see eye-to-eye on what constitutes to sexual harassment – or what should be reported to authorities. It found that six in ten women aged 18-24 have been harassed in a public place in the last five years. Despite finding more behaviour inappropriate, only five per cent of this group made a report to the police. On the other hand, females who are 50-64 years-old are more likely to report harassment, but have a different view on what’s unacceptable. A difference in perception around sexual harassment isn’t a generational issue alone. YouGov asked Brits how they would feel were 12 specific actions committed to those unrelated to their lives. The most interesting results came from what YouGov deemed “the grey areas”. There were also four actions men found more unacceptable than women. These included asking a woman out for a drink, placing your hand on someone’s lower back, wolf whistling (but only by a slight margin) and exposing a certain body part to women – flashing. Younger men found it far more degrading, however, to look at a women’s cleavage, make comment on their attractiveness or place them at the brunt of sexual jokes. Both genders equally thought severe forms of sexual harassment were a no-no. Over 80 per cent thought it horrible that anyone be subject to upskirt photos, bottom pinching or a request for sexual favours. 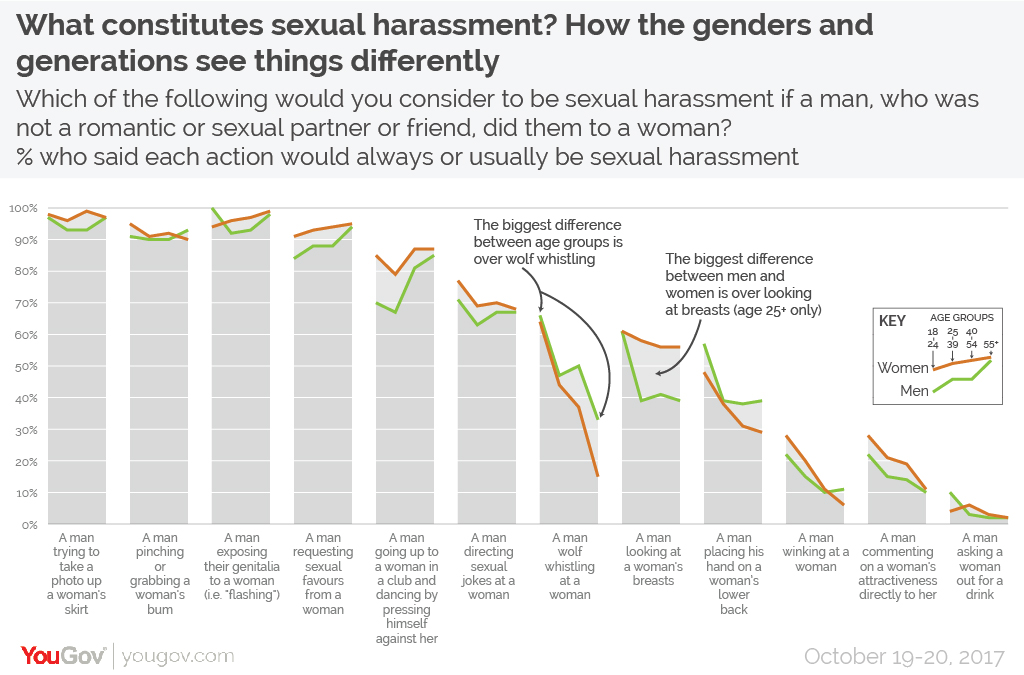 The biggest generational issue was wolf whistling, with younger women deeming it sexual harassment and older women believing it to be either simple fun or slightly inappropriate – not warranting a spot on the sexual harassment list at all. Another divisive area was being winked at and having their outward appearance complemented. Once again, younger women were more likely to take offence. YouGov explained: “The issue that divides the genders the most is looking at a woman’s breasts.” While 57 per cent of women deemed it sexual harassment, the figure dropped to 43 per cent among men. This gap in perception was followed by “going up to a dancing woman in a club and pressing up against her” – almost 90 per cent of women found it obtrusive compared to 70 per cent of men. YouGov’s final test around perception was to have people guess what proportion of women had been privy to sexual harassment – and had reported it. Men were more likely to underestimate the figure (45 per cent), while their counterparts went the other way in overestimating it (65 per cent). The actual figure rested at 53 per cent. Have you ever been a victim of sexual harassment in the workplace? Perhaps your company has had to deal with the matter? Please contact editors@realbusiness.co.uk to share what happened, and we will treat all matters disclosed treated with confidentiality.