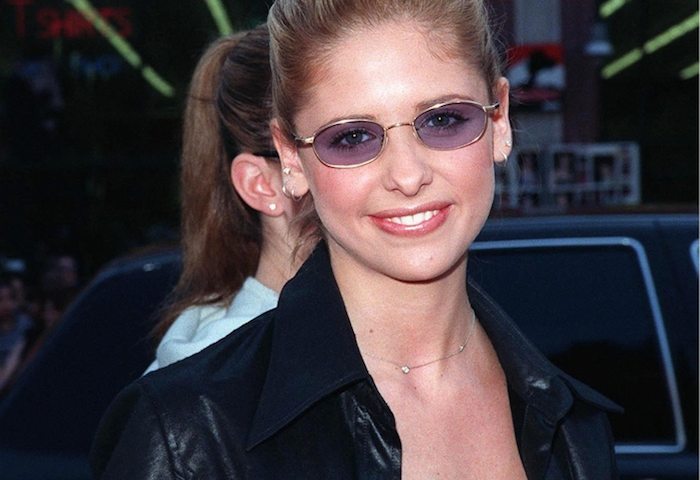 Despite Buffy the Vampire Slayerconcluding in 2003, many are still watching, and rewatching the show, all thanks to on-demand video platforms.

What are the key lessons that businesses can learn from the enduring appeal that such content as Buffy the Vampire Slayer has?

Firstly, it’s no longer a secret that online video is used by consumers on an unprecedented scale, now accounting for over two-thirds of all current internet traffic.

Equally, content too is moving online, with streaming giants such as Netflix now servingover 93m subscribers around the world with 125m hours of television and movies every day. People are no longer seeking?Buffy the Vampire Slayer out on VHS.

If we look at the state of social video in 2016, only four per cent?of the top 135 publishers worldwide indicated that their organisations don’t publish video and nearly half of these respondents (44 per cent) stated that they publish over 50 videos a month.

With such a huge shift already underway, it seems universally accepted that businesses can no longer ignore the power of online video. Research has highlighted that online video advertising is as effective as TV advertising, and at a mere fraction of the cost.

Video, most crucially of all, has a real impact on ROI, as three quarters of people decide on a purchase based on the videos they watch on social media, and 46 per cent follow through on purchasing after viewing a branded video.

In light of all this, and how a 20-year-old property like Buffy the Vampire Slayer has moved on,?how can SMEs make the most of online video?

For them to take advantage of this trend they need to adopt a video-first mentality. The crucial first step in adopting such an approach is understanding what your goals are.

The starting point is to figure out how you want video to become a central strand of your business strategy.

Are you using video to simply raise brand awareness, or to drive traffic to your website, or are you issuing a call to action (CTA)?

The CTA instructs your viewer to take action, or to illicit a certain response from watching, this could be to sign up to a newsletter, to view a product page or to even share the content with their network.

Related to this is also understanding the audience you are trying to reach. If you don’t know what your customers want to see, then chances are any video you do create won’t reach who you want it to.

If you’re starting from scratch and don’t have a budget to conduct market research, a quick shortcut is to look at what your competitors have done with video and analyse what has worked well with their audience. Once you’ve identified what your audience is interested in viewing, it’s important to then factor in the social side.

Although you may produce video primarily for your website, if it doesn’t have any facets of social engagement, such as a hashtag, once it does go on social viewers could become disengaged.

Once you’ve worked out these important issues, another essential realisation is that a ?one size fits all” approach will not work when creating social video.

In 2017, ?platformisation” of videos will play a great role as each social media platform has a very specific style and consumers are more discerning than ever, ignoring those that don’t fit in their feeds.

For example, businesses need to take into account that Facebook mutes autoplay video, and as a result 85 per cent of videos on the social giant are watched entirely without sound. For this reason businesses need to adapt in order to best reach their audience, and look to use text overlay in their videos rather than sound.

Understanding the needs and demands of each audience on each social media platform will ensure your videos resonate across each one as it will be specifically tailored.

Finally, you need to be ready to actually create great video content. This sounds like a daunting task to any business owners with no background in videography, but thanks to the rapid advancement of technology, creating slick, professional and social media-ready video is at your fingertips.

There are now a range of tools that simplify the process completely, from creation, to development and post production.

Choosing the right tool will mean that, regardless of how little video experience you have, the process will be much quicker and will result in a professional, social media-ready video.

The benefits of video are considerable for SMEs, as four times as many consumers would rather watch a video about a product that read about it, and one in four potential customers lose interest in a company if it doesn’t have video.

Overall, social video is a great investment for any SME looking to widen their reach or to engage their current, and potentially new, customers.

With video expected to make up a mammoth 82 per cent of internet traffic by 2020, acting now will save you a lot of trouble later down the line.

Dror Ginzberg is co-founder and CEO of Wochit