1. The eye of the tiger: be prepared

In Rocky III, Balboa was the champ – what could stop him? Instead of training for his match against Clubber Lang, Balboa was taking pictures with fans and selling merchandise. Balboa didn’t just loose, he lost badly.

Although taking care of your customers should be one of your top priorities, it is crucial that you never loose the hunger that prompted you to enter/start your business. And although you may have the experience and historical success to back you up, it doesn’t mean you should stop battling your way to the top.

2. Don’t be afraid of change

Any business needs the ability to learn and adapt to survive in today’s economy. In fact, don’t be afraid to mistakes along your journey as these are the nest learning opportunities. According to Rocky III, the best way to change accordingly is to share your ideas and learn from others’ experience – whether this be from consumers, competitors or members of staff.

After Mickey Goldmill dies, Balboa ends up training with old rival Apollo Creed in the hopes of fighting Clubber Lang once more. Due to a different perspective, Creed notices ways in which Balboa could improve.

3. Know when to throw in the towel

“Don’t stop the fight no matter what”, were Creed’s last words in Rocky VI after he gets beaten to death in a match against Ivan Drago. Sometime’s you need to look at the bigger picture to make sure you are heading towards your goal.

If your company veers off track and you refuse to throw in the towel, the end might be near for your firm. Just remember: throwing in the towel isn’t always bad, it just means you’ve pulled out before you’ve lost too much and that you can fight another day.

4. Use your weakness as a strength

Balboa is a southpaw – a left-handed boxer – and throughout Rocky II it’s a large advantage as most of his opponents’ strongest punches were from their right fists. But the moment everyone knew he was a southpaw, they could adapt their battle strategies.

In Rocky II, in a rematch against Creed, Balboa had to learn how to turn that weakness into a strength. The same applies to any business – by recognising your weaknesses and turning them into strengths, your competition will struggle to beat you.

This is quite literal in Rocky IV where Drago is half a foot taller and 60lbs heavier. That doesn’t stop Balboa from kicking his butt! So, no SME should feel they cannot fight against a larger corporation. If you have the will t win, then there will always be a chance. In fact, Balboa’s trainer Mickey used to tell him how boxing was 90 per cent in the skull. Outsmart them by doing what you’re good at and what you know!

In your mind, clearly define what it is to win. This might not mean knocking down your opponent. For Rocky, it meant persevering – lasting all 15 rounds against Apollo Creed, who was the world champion. 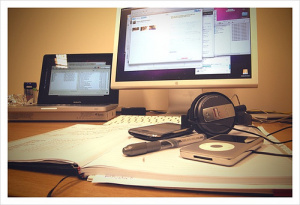