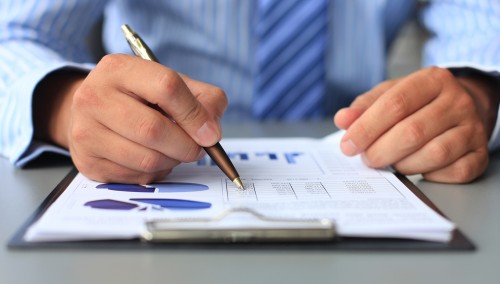 Some businesses approach auto enrolment as a tax by a different name. When it?s looked at from certain angles, it can definitely seem that way: whether you pay in man-hours or penalty fines, it will cost your company money.

But, broadly speaking, auto enrolment is a good thing. Those in higher income brackets tend to be naturally good at saving money for later in life, within the confines of a pension plan or otherwise. Those in lower income brackets have access to such things, but frequently don?t take full advantage of the options available to them. Getting on board with auto enrolment will safeguard future generations as they enter their dotage ? whatever growing pains the system goes through will, eventually, be worth it for everyone.

Auto enrolment (and why it?s difficult)

In the meantime, however, make no mistake: auto enrolment is a pain for business owners, and if you?re running an SME, it can be potentially catastrophic. Time is very much of the essence: it?s not a simple process, and it can take up to eight months to prepare. The consequences for non-compliance are financially grave. Failing to implement auto enrolment for staff can lead to a penalty of up to ?400; if your company has failed to make the changes within four months of receiving this penalty, it will be charged a daily fine of ?500 for six months ? after which you can be prosecuted and potentially face jail time. The financial impact alone should be sufficiently off-putting to anyone who intentionally seeks to break these rules: over six months of noncompliance, you could conceivably rack up ?90,000+ in fees. But intentional noncompliance isn?t really the issue: the trouble with auto enrolment is that compliance itself is rather difficult. The government?s manual alone is 670 pages long, and if you run a business, you almost certainly don?t have the time or inclination to read 670 pages of anything. Furthermore, every employee working for your company has a different situation: they?re different ages, they?ve signed different contracts, they?re paid different salaries. Each one will need to be assessed individually ? this can be a tremendously resource-intensive process. This may seem somewhat unfair for smaller businesses, and in certain respects, it is ? but, just like measures such as the new national living wage, it?s rapidly becoming a reality for them nonetheless. Every company that?s not currently planning for auto enrolment and incorporating relevant expenses into the next budget cycle is taking a risk.

Of course, the fact that auto enrolment often is very difficult doesn?t mean it necessarily has to be. Larger accounting firms are ill-equipped to recommend particular schemes for SME owners, and often ill-inclined to boot ? it?s a new area, and they don?t want to needlessly acquire a reputation for offering poor advice. If your team has the internal resources to dedicate to understanding the new pension process and delivering a qualifying team, then you can do this alone.  This is, again, worth bearing in mind: auto enrolment is complicated, annoying, and difficult to understand ? but it is not designed to be that way, nor to antagonise small business owners. The law was brought into effect for the benefit of everyone, and everyone will eventually benefit. In the interim, however, small business owners would do well to iron out any potential kinks well in advance; the window for compliance is rapidly closing.

Bill Monty is head of auto enrolment at Sable Group.