The 25th December might mean a more or less total shutdown for businesses across the UK, but in other markets it’s just an ordinary working day and customers expect your services to be readily available.

So for those UK business owners yearning to break into foreign markets, it’s vital to take note of local customs at this time of year.

With that in mind, here’s a guide to what’s happening around the world at Christmas.

You don’t have to look far beyond our shores to find different Christmas traditions. In Spain and Portugal for example, the biggest day for festivities is Christmas Eve, not Christmas Day itself. Families gather for large meals on the evening of the 24th, before attending Midnight Mass. Presents are also not traditionally given on the 25th. Instead, Children write letters to the Three Kings on Boxing Day and receive presents on the day of the Epiphany, 12 days later. Some businesses can remain closed from the 24th up until 6 January. If you choose to close your business during this period, then make sure to have a proper business voicemail system in place to ensure you don’t miss important sales.

Did you also know that in Sweden, one of the biggest celebrations actually arrives on December 13th? St. Lucia’s day celebrates a young Christian girl killed for her faith in 304AD. It’s not an official public holiday, but it is something to bear in mind when conducting business in the region because there will be many processions, parties and events taking place that mean work won’t be the focus for a lot of people.

South and Central America is predominantly made up of Catholic countries, and therefore similar traditions to Spain and Portugal are followed here. Christmas is celebrated at midnight on 24th December with people going to mass at midnight and then having Christmas dinner after that. Gifts are given at this time, but this isn’t as popular a phenomenon here as it is in Europe and North America.

As it’s the summer in the region during the festive period, many people are eager to spend time at the beach. This is particularly true in Brazil, with people taking time off between Christmas and Carnival in February. More people than usual take time off from work during these two months but businesses will remain open.

As ex European colonies turned modern states, the Christmas traditions of the old dominions were drawn directly from British, French and Dutch culture. That said, time and outside influence have warped how these festivals are celebrated.

The US has become a beacon of Western festive culture. It places a large emphasis on religion, and an even larger one on commercial sales. ‘Black Friday’, the day after Thanksgiving in November, is traditionally the start of the Christmas shopping period. A quarter of the US’ annual spending takes place in the month leading up to Christmas after Black Friday so if you want to maximise sales, then that’s the day to do it. For customers wanting to contact you on this busy sales day, make sure to have a memorable phone number in place that consumers can easily remember and dial by heart.

Overall, the similarity of North American and European culture means businesses can feel relatively comfortable when applying tactics developed at home. Recent imports to the UK Christmas period, such as Black Friday itself, is a perfect example of the cross Atlantic business applicability. 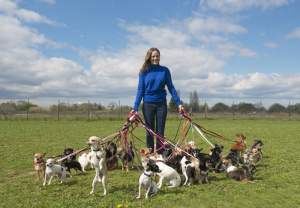 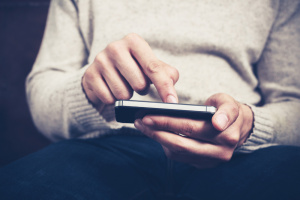 Should SME retailers be worried about showrooming?