Around 44 per cent of UK exports in both goods and services are currently sold to other EU countries – a figure that equates to about £240bn each year. While this makes the EU the UK’s largest trading partner, it also means the success of the country’s economy once outside of the European trade bloc, is uncertain.

To make matters worse, a survey by the Confederation of British Industry, found that Brexit is already having an impact on the investment decisions of two out of five businesses. This impact is negative 98 per cent of the time.

But what does Brexit mean for those seeking business expansion into Europe and vice versa? In short, it will become increasingly complex for organisations to expand operations into the UK and also for UK businesses to set up offices in EU counties. The status quo is complicated enough with different challenges and pitfalls awaiting a company in each country it wants to operate in.

If UK bosses eyeing business expansion hope to navigate Brexit successfully, they need to better understand what problems they could run into today.

Don’t underestimate the time it takes

One of the main pitfalls for many businesses is misjudging how long it takes to get everything done. Even something as simple as registering a new entity takes anywhere between fifteen and sixty days, depending on the country. In Spain for example, it can take up to four weeks, whereas in Sweden and Ireland it’s between two and three.

Some of the other areas in which employers also have a tendency to underestimate timescales include hiring new staff, sorting out documentation and getting to grips with payroll and tax regulations.

It will cost more than you think

One of the biggest surprises when setting up office in a new country, particularly if it is for the first time, is the realisation of just how much it costs. The hiring process alone needs considerable funds and tends to be more expensive than many think, especially as it’s often necessary to pay elevated compensation rates for employees working over public holidays or weekends outside of the UK.

Beyond this, employers also have additional statutory requirements including localised and translated employment agreements, pension enrolments, housing allowances and also holiday allowances, all of which vary depending on region. For example, in Germany, the minimum statutory annual holiday entitlement amounts to 20 days based on a five day working week, whereas in Sweden employees are entitled to 25 days’ holiday, and 30 in Spain.

You must comply with local data protection regulations

The Data Protection Directive, a framework data protection legislation, may be something each EU member state is bound to adhere to however, each country has implemented it in a slightly different way. In fact, many countries have added their own rules on top. It’s a common misconception that there’s a one size fits all approach to working with all countries in the EU.

While this is already a complex situation for businesses, on the immediate horizon are the new General Data Protection Regulations (GDPR) coming into force in May. Billed as the EU’s most stringent data protection ever, they apply to any organisation that employs European workers.

GDPR is making things harder, particularly for large international businesses, with Google already having fallen victim to France’s commission nationale de l’informatique et des libertés. The commission found the internet giant was not compliant with the Data Protection Directive when it tried to consolidate over 60 privacy policies into one.

Because of this, data protection authorities in the UK, Germany, Italy, Spain and the Netherlands are planning to separately undertake regulatory investigations and determine whether to impose penalties.

It’s also worth noting that Brexit will not let UK companies off the GDPR hook – not if the aim is to continue exchanging information and trading with European partners.

One of the best ways to navigate the challenges outlined above is for businesses to utilise the services of a direct “employer of record” (EOR) service provider, a third-party organisation that takes on the legal responsibilities involved in employing staff on your behalf and in your target country.

This means that while an organisation retains responsibility for the cultural immersion of employees based overseas, the EOR is the primary employer of all workers and takes on the administrative responsibilities relating to employment.

These include, writing employment contracts, onboarding staff, managing payroll and ensuring compliance with all local employment laws. They can also reduce the time it takes to set up in a new market, from weeks or even months, todays.

This means that business expansion can happen in a cost effective way. And with the uncertainty created by Brexit, it means businesses can be flexible enough to roll with whatever changes relate to how employment. 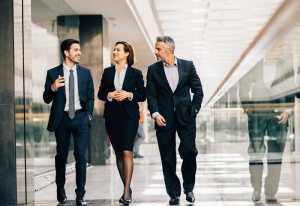