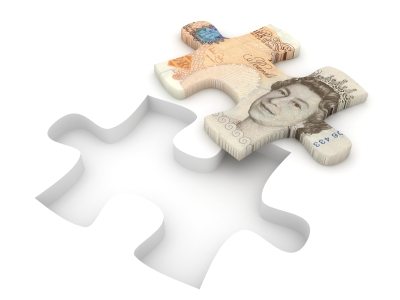 Following a one-year break, Britain’s biggest nationwide enterprise competition for young teenagers has just been re-launched. The Tenner scheme, which encourages young people to do something enterprising, make a difference and give back, with £10, will be run by Young Enterprise, the country’s largest enterprise education charity.

The Tenner scheme was designed to promote business thinking and action in order to create community improvements in school. Young teenagers are being encouraged to pursue their entrepreneurial visions in virtually any direction, having a month in which to turn their initial capital to profit.

Once the challenge is over, their original loan – £10 – is returned, and awards are given to those with the highest profit.

It’s possibly due to there being no limitations on how the ten pound note can be spent that the challenge proves to be a catalyst for creativity and business thinking in students. What could be seen as their first venture equips them with the some employability skills for life after school.

Michael Mercieca, chief executive of Young Enterprise, said: “Young Enterprise is delighted to be launching such an exciting scheme. Tenner’s competition strapline, ‘It’s in your hands,’ really encapsulates our philosophy to give young people a chance to explore their entrepreneurial instincts and desire for community improvements in any direction they choose. We expect this year’s Tenner scheme to be bigger and better than ever before and look forward to seeing some of the ingenious money making methods chosen by participants.”

With the help of social enterprise agency UnLtd, the competition has produced a string of enterprising stars ever since its inception in 2007. This year promises to be no different. Some of Britain’s most successful entrepreneurs have already been quick to lend their support and offer encouragement to the next generation.

Among the flow of famous entrepreneurs lending a helping hand was Sir Richard Branson, founder of Virgin. Readily available to the young entrepreneurs was a recorded video in which Branson told his own story of building a fledgling business empire by selling from a phone box with a pile of pennies. He also shared tips on how to make money using a “tenner” with those taking part in the scheme this year.

Meanwhile, Richard Reed co-CEO of Innocent Drinks, also helped to launch this year’s scheme with the support of young people from St. Joseph’s school in Brent. He offered his own advice: “If I took a ten pound loan, I’d go out and buy £10 worth of fruit and I’d crush it, squeeze it and turn it into juice and smoothies. I’d sell those smoothies for £20 and go back and buy even more fruit and squeeze it to make even more juice and smoothies, and sell the £20 for £40. It’s exactly how we started our juice business and I bet Tenner participants can do it too.”

From cookbooks to juice, it is important for the UK to unlock the next generation of entrepreneurial potential. To think that it could all start with a humble £10 note…