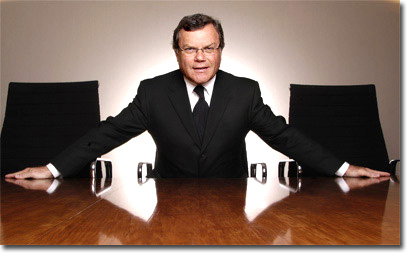 Robert Half revealed that a background in finance is still a key attribute – in 2013, the recruitment company said that 52 per cent of FTSE 100 CEOs had an accountancy or financial management background.

The percentage holds firm at 52 in 2015, compared to 21 per cent from retail and hospitality, 17 per cent engineering and natural resources, 14 per cent in marketing and 11 per cent from a technology background. The gender split remains weighted towards men, as only five of the FTSE 100 chief executives are women – though the appointments of Olivia Garfield at Severn Trent and Véronique Laury-Deroubaix at Kingfisher have improved the figure from previous years.

The profile shapes up as a 54-year-old British man with a financial background. The education information also shows that 19 of the FTSE 100 attended Oxford or Cambridge, 28 have MBAs and four have PHDs. In terms of board members, women are on the rise, up to 23.5 per cent of the FTSE 100 board members from 12.5 per cent in 2011. Robert Half’s managing director, Phil Sheridan, said: “Finance has proven itself to be the route to the top of Britain’s biggest businesses as the ability to provide strong financial leadership and commercial acumen continues to be a key asset of FTSE 100 CEOs.” Read more on leadership: He added that those with an education or background in finance are “highly sought after by organisations and demand continues to outweigh supply in today’s job market”. The research also showcased the tendency of FTSE 100 CEOs to move between companies, though it was much rarer to change industries. Some 71 per cent of the CEOs joined from a role in the same industry. While 7 per cent have spent their whole career at the same company, two chief executives have spent over twenty years in their position.  Martin Gilbert has led Aberdeen Asset Management since July 1983 – overseeing the fund management firm’s move onto the stock market and into the FTSE 100 in 2012. Sir Martin Sorrell – who recently made headlines with his record-breaking pay packet of £43m – has been an integral part of WPP since becoming CEO in 1987. A few high-profile cases in recent years have seen Paul Walsh leave Diageo after 12 years at the helm and Rupert Soames from Aggreko after 11 years. The average tenure for current positions was five years and two months, according to Robert Half. Turnover is quite high, with the research showing a fifth of CEOs were appointed to their position in the past 18 months. By Rebecca Smith