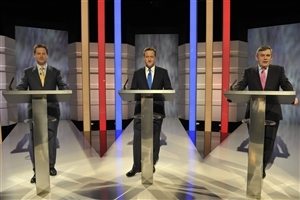 “I’m in the process of starting my fourth business. In the last three, the government has been far more of a hindrance than a help,” comments Roger Butterworth, founder of online department store Zutux.com. “A one-year national insurance holiday for new employees, or even a short holiday from all income taxes if you hire a person who was unemployed, would do wonders. I was very disappointed to see that the Conservatives are just proposing a commission on tax simplification rather than taking a stance on a flat rate of income tax (including NI). It’s such an obvious simplification, I can’t understand why only the UKIP is proposing it. It would get my vote if it was proposed by a party with a hope of winning the election.”

Mark Needham, chairman of consumer electronics firm Widget UK, wants to see the return of the Enterprise Allowance. “This was a very rare thing – a government programme for startups which actually worked. It helped me start Widget by paying  £40 per week into the company bank account for the first two years. Some weeks, that was the only money which came in.” James Minter of private members’ bar Adam Street champions the EIS scheme: “Labour cut this benefit and it would be a small but incredibly valuable move for the percentage rebate to be increased as well as the total figure that individuals were allowed to put into these schemes. Second, all startups should be exempt tax for their first year. Third, the government must do away with all this red tape. Small firms should be protected from laws that were designed by trades unions for large companies.” Great Guns Marketing founder Liz Jackson wants “a strong salesman, like Barack Obama” at the helm. “What we are missing a present is a leader who can promote British businesses to the rest of the world,” she says. Bhanu Choudhrie, who directs investment strategy at £56m-turnover C&C Alpha Group, wants to see dramatic moves to reduce the national budget deficit. “Public sector spending will have to be cut,” he says. “The only way to achieve that, without seriously damaging vital services, will be through a reduction in the number of middle managers and the amount of bureaucracy within the public sector. We also need to see the banks lending again. Whichever party is in power after the election, they will need to put much more pressure on the banks.” Marcus Simmons, managing director of accommodation and tourism directory iknow-uk, also wants better access to funds. “As an online business, we have very few assets and a relatively small balance sheet, so when all the traditional lending criteria is applied, we consistently fail to be able to borrow what we need. There should be a radical expansion of government-backed security for business loans, with special regard to entrepreneurialism, job and wealth creation. The tolerance for failure on this scheme should be higher, as many entrepreneurs have to put their personal assets such as their homes on the line to secure funds for their businesses.” Jos White, co-founder of Notion Capital, wants to see the public-sector tender process improved for small businesses. “Currently, the UK government represents half the buying power of the UK and has effectively been an ‘out of bounds’ customer to small, innovative businesses. For Labour to offer just an extra 15 per cent of central government contracts to small and medium sized businesses is not enough. The Tory manifesto plans to open up government procurement to smaller businesses, breaking up IT projects into smaller projects to make it easier for smaller fast-growth businesses to bid and win the work.” “The next prime minister needs to think like a businessman,” says Rik Hellewell, founder of professional oven-valeting franchise network Ovenu: “The next party to take power needs to investigate the concept of making profit instead of getting into debt. If my head office was costing me a fortune to run, I wouldn’t just move a few departments to the suburbs. The Houses of Parliament is a ridiculous expense and is money down the drain – time to move to smaller, less expensive premises.” What do you think? Join the debate by filling in the “Leave a comment” box below.