The world’s number one social network trialled products focused on leveraging SME marketing spend, Facebook Gifts being the most obvious example – and failure. The familiar right-hand side (RHS) ads and newer link ads were fairly successful at sending low-cost traffic to site and recent improvements have been made.

Facebook started testing new, larger-format RHS ads in June and have reported engagement increasing by up to three times. A widespread change to this more effective format came into effect on 1 September.

Another key development, especially for businesses rather than just advertisers, is the Facebook Buy Button. Previously, users would click on a link or ad and be navigated away from the social platform. This was counter-productive for Facebook, which is constantly trying to increase dwell-time, and often bad news for smaller businesses who might not necessarily have mobile-optimised websites.

The great benefit of Facebook’s Buy Button is that the user doesn’t have to contend with another site opening in browser – and businesses don’t have to spend time or money on making their site mobile-friendly. In short, all businesses can now get involved. Another key difference is that users will only need to enter payment details once, breaking down another barrier for consumers and businesses alike.

Crucially, once the format becomes available on the Facebook Exchange, it will allow businesses the chance to target or re-market to users who can purchase a previously-viewed item without returning to the original site.

As with most trials of new Facebook formats, it will have its detesters. Will users be happy to enter their bank details into a platform which already knows so much about them – especially in light of the recent scandal where Facebook experimented with manipulating a user’s emotions through the release of positive or negative content?

Other social media platforms are not far behind Facebook in the race to retail. The Buy Button actually comes as a response to Twitter’s dual shopping formats – the Product Card and Amazon Basket, both of which require users to leave the platform to complete their purchase.

The Product Card is the main rival to the Buy Button, with both supplying similar levels of information to the consumer on price and description, although Facebook requires fewer steps to purchase. It’s likely that Twitter will be looking to match Facebook’s re-targeting capabilities over the coming months.

Instagram is the latest addition to the social media retail space, with the launch of an attractive offering to businesses and brands. Like2Buy allows companies to display their products via an Instagram photo which users can click on. The consumer will then be directed to the retailer’s site where they can make the purchase.

With social media usage still on the rise, it’s easier than ever for businesses to integrate with the key platforms. 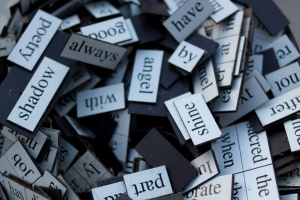 Semantic technologies are the future of web personlization

Tesco is at it again: The battle for a trademark