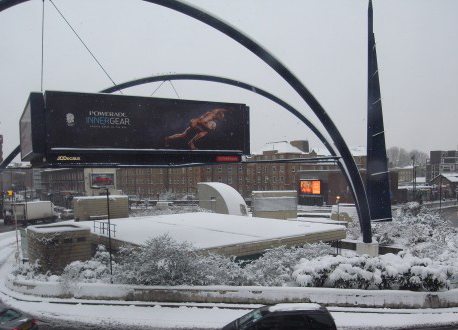 All eyes are now fixed firmly on Gerard Grech, who will succeed Shields. Currently, heading up the global marketing for Blackberry world, Grech will embark on his new role of Tech City CEO on February 3rd.  Despite initial reactions to the news seeing the predictable “end of tech city” and “is tech city dead” tweets thrown around immediately after, the common consensus is that a fresh perspective from an experienced and talented individual such as Gerard Grech can only be a positive step. He brings with him a good background in startup business and maybe just what is needed to increase momentum and push them to the next step.

It is no secret that London’s Tech City has attracted its fair share of criticisms,
from failing to produce the results on the scale which David Cameron had initially insinuated, to ineffective deployment of funds including its £1.7m yearly budget. While these issues are debatable and Tech City has a host of successes which it insists supports and justifies its actions, one issue that is not up for debate is the long running internet connectivity issues, which plague the area. It sounds preposterous that anywhere dubbed “the UK’s Silicone Valley” would have such seemingly basic problems, but this is a real issue faced by some of the startups working out of Tech City. Cameron had made promises of high-speed connectivity to businesses in the area since its launch in 2010, and while 2010 is a distant memory, the issues for a large number of businesses located in Tech city certainly are not.  Shields and David Cameron have both discussed the issue at great length, with Shields declaring that the problems were being worked on but expected them to take time. In the mean time, numerous businesses in the area have resorted to mobile broadband providers and even public Wi-Fi providers such as the cloud. This is not surprising considering that research from Uswitch uncovered that one in five businesses in the area where receiving connection speeds of as little as 3Mbps. That’s the equivalent of running your companies network from your mobile phones 3G Internet connection. Needless to say, business owners in the area are becoming increasingly frustrated with some leaving the area in search of greener (and better connected) pastures.

There is no doubt that Gerard Grech will be looking to silence any neigh sayers fairly quickly who may have doubts about the value of Tech City, recently commenting; “Together with Joanna and the team, will be to help take things to the next level, delivering on key initiatives, introducing more partnerships and further solidifying Tech City in the international tech scene” Many will be hoping that somewhere at the top of Grech’s “key initiatives” list will be addressing the connectivity issues stumping the growth of its startups. This will be essential in increasing the momentum and keeping Tech City a vibrant and attractive option for British entrepreneurs. Something, which will most defiantly be high on Grech’s to do list, is the expansion of their Exceptional Talent visa, which offers work Visa’s for foreign workers with strong backgrounds in the digital and tech industry. Many agree this is key in helping the British economy let alone Tech City’s own self-contained community. One of the more immediate issues it will tackle is the so called “skills deficit”, which the UK suffers from. Its reported that there are thousands of jobs in Tech City companies alone which they are unable to fill due to the lack of skilled workers. This puts a huge emphasis on the need for stronger apprenticeship or graduate programs to help encourage growth. If Tech City’s critics are correct and it is underperforming then it’s hardly a surprise given the number of positions that need to be filled. One thing is abundantly clear however, 2014 is going to be a great year for the UK tech sector and Tech City are poised to be at the cutting edge of the growth. While various tech hubs in cities such as Manchester, Bristol and Cardiff attempt to rival Tech City also see growth, If Tech City can solve their long running teething problems there is no real competition for the UK’s hottest technology hub.