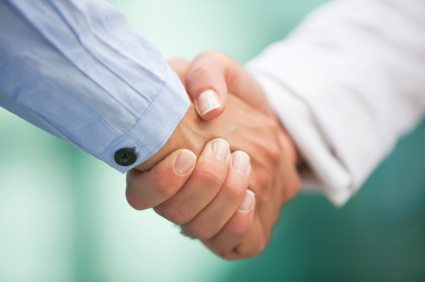 Everyone accepts the importance of networking. Many of us get our best work through personal introductions, or hire our best people on the basis of a personal recommendation. We know the power of word of mouth.

Today, when a rumour or chance remark can make its way round the world in seconds, you might think that social media would have enhanced that power. But does it really matter how many Twitter followers you have? Does your mastery of social media supply you with productive ideas or help you win contracts? In many cases, I suspect that a blur of activity masks an absence of any meaningful communication. The real networking challenge is to meet the right people in the right context. Are you reaching decision-makers? Are you meeting the people who can help you make decisions? Are you in the right networking environment? And there’s one more vital question: are you equally ready to listen as to talk?

Think for a moment about the kind of networking most people do. Almost everyone has a LinkedIn profile, follows Twitter even if they don’t actually tweet, and has a presence on Facebook. On top of these virtual connections, most bright managers and ambitious executives spend a certain amount of time at conferences and seminars where they meet more people and make sure they keep up with developments in their industry. The trouble is that everyone else is doing the same thing, with the result that too many people spend too much time talking to people like themselves. This is a problem not just for individuals, but for organisations which are not as receptive as they should be to new ideas, observations and experiences from the front line. If it’s high-level networking you want, you might think the answer would be to wangle an invitation to Davos, the Swiss ski resort where the World Economic Forum meets every January. But apart from the fact that all the most important and influential people tend to work to incredibly tight schedules that leave almost no time for casual conversation, I don’t think this is the right approach. Effective networking is not about trying to hobnob with the big guys.

Mingling with the right people

It’s about meeting the people you need to meet – and these may not be the people you think they are. The first essential is to know where to ask, and who to ask. Because once you find out a few things, you may realise that the gatekeeper or intermediary, or even the internee, may be the one to point you in the right direction or make that crucial introduction. Then, if you finally get to meet the big cheese, the decision-maker you need to reach, here’s the most important thing: don’t hesitate. I never mind people approaching me directly. But I do mind them wasting my time with lots of apologies for disturbing me. That’s not being considerate, that’s just parading your own insecurities. I’ve made many great contacts by serendipity – on a ski lift, in an airport queue, or literally bumping into people in a corridor, in circumstances where we are simply fellow human beings and we haven’t had time for inhibitions and self-consciousness. Call it luck if you like, but you certainly won’t benefit from this kind of random networking if you wander around with headphones on, stick rigidly to your own schedule, or hesitate to look people in the eye. You need to look at yourself too. Different people flourish in different social environments. You’ll know which you like best, so play to your strengths. And if there isn’t a networking club or event that’s right for you, why not organise your own? Find a good speaker, hire a room, maybe find a co-sponsor, and make it happen. In the end, there’s one thing that keeps most people trapped at a certain level in business, and that’s lack of nerve. If you want to break through, if you want to be a really successful networker, take the direct route. Be thoughtful and considerate, by all means. Be courteous, too. But above all, do it. Steve Purdy is UK managing director at Regus.