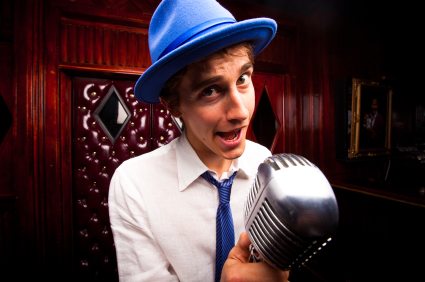 Good comedians are masters of presenting and public speaking. It might not be your first assumption, but there is a great deal to be learnt from them. Their skills and techniques can be immensely useful in a wholly different profession: entrepreneurship.

There’s a great deal to learn from comedians for your next investment pitch. First and foremost, stand-up comedians are admired for their courage and fearlessness – being prepared to get up there in front of an audience, revealing a great deal about themselves in the course of their material, and taking the risk of not being laughed at – and not being liked.  Comedians tell horror stories of ‘dying out there’ aka ‘dying on your a**’. The ability to overcome nerves, take risk and be daring is is gold when presenting new ideas. Probably the next most cited comedian’s ability is that of ‘crowd control’. It’s not just the skill of handling hecklers, or an overly rowdy crowd – there’s also the more fundamental goal of engaging with the audience, building rapport, and developing an instinctive sense of what the audience is feeling, and responding to that.  Delivering comedy involves sensitivity to the audience, but there’s also the sense of flow and connectedness within the material itself – and of course the legendary ‘comic timing’. This is something which many entrepreneurs would do a lot to master.  Some people seem to possess comic timing quite naturally, while many others believe that they will never, ever master it. The truth is, however, that timing is an innate skill which everyone has the potential for, and which anyone can develop through practice. Funnily enough, comic timing is more about listening than about speaking – learning to sense the optimum moment to deliver a line, and at what pace, based on sensitivity to what is happening exactly then. And of course some people have a more highly developed ‘ear’ than others – but that can be worked on too. The last comedian’s attribute that I would like to single out is the use of story or anecdote. Comedians draw you into their stories, so that you really want to know what happens next, or how things end, with humour and surprises worked in. This is a vital point for your pitch: incorporate anecdote and story, to bring your material alive. Give them a case study, bring your business alive. It’s great to admire comedians and perhaps be in awe of them; but punters who think ‘I could never do that’ are forgetting that comedians don’t just get up in front of an audience and say the first thing that comes into their heads. They’re just very good at giving that impression.  Each will have developed a body of material, tried it out on many audiences, gradually testing out new material before incorporating – and probably started out in front of an audience of two or three. Yes, there certainly is a degree of risk, because audiences are unpredictable. But nobody is out there ‘winging it’. And you can learn it just as well. Tomorrow I’ll tell you how. Gerry Maguire Thompson is a Brighton based comedian, presentation trainer and coach, who asserts that speakers and presenters can learn a great deal from the craft of comedians.