I’ve recently been on a panel answering questions from business owners about cloud computing and it was clear that there’s still a lack of understanding about what the term means. So, I hope this introduction helps.

Before getting into cloud computing it might be helpful to separate it into sections. You have the “front end”, which is the service that a user sees (such as a web page on their computer or app on the phone), as well as the “back end” which comprises of the various computers, servers and data storage systems that create the “cloud” of computing services.

When looking to purchase cloud computing there are two main varieties:

1. Infrastructure as a Service (IaaS)

IaaS is simply the underlying infrastructure needed to run the servers, so will usually provide blocks of processing power, memory, storage and network services, such as firewalls. The user can divide these up into separate sections which become “virtual servers”. The cloud provider will ensure that the underlying physical hardware is resilient and that there is fault tolerance built into the design. This way the user doesn’t have to worry about anything besides their own virtual server, networking and operating systems/applications.

2. Platform as a Service (PaaS)

PaaS is very similar to IaaS but goes a little bit further, in that the provider will also supply preconfigured virtual servers, networking, operating systems and software (such as Microsoft SQL for running databases); all the user needs to worry about is running its applications.

The choice between IaaS and PaaS is generally a simple one. If you don’t want or need to manage the virtual servers or storage but just need somewhere to host your application, then you would go down the PaaS route, which offers a much more managed environment where you don’t have to worry about anything apart from the running of your applications.

The physical hardware to run these platforms sits in a data centre, usually either operated by the provider itself, or by a third party data centre using co-location (i.e. a shared facility where lots of cloud providers can store their own servers in racks). By housing the back end of the cloud computing infrastructure in a data centre it is secure, has engineers available 24/7 and is supported by backup power systems.

What is Software as a Service?

If you’ve looked into using any software over the internet, or from the cloud, then you’ve been dealing with Software as a Service (SaaS). Common examples are web mail, accounting packages, file backup and team collaboration tools. It is essentially software that is provided as a service over the internet, rather than you having to install it onto your own hardware and running it locally on your desktop.

SaaS always sits at the very top of the back end I mentioned earlier. Sometimes it crosses over into the front end, e.g. where there is an app that can be downloaded to give access from a mobile device rather than just through a desktop web browser.
Many pieces of software are now provided using the SaaS model, e.g. Salesforce CRM software or the Sage One accountancy package. In fact, if you’ve put your own applications onto an IaaS or PaaS service to let your staff or customers access them over the internet, then you’ve become your own SaaS provider.

The diagram below shows the various layers of cloud computing. The whole model is often called the “Cloud Stack”. The back end components are at the bottom and work up to the ISP / Carrier Networks, while the front end starts at the top with the users and works down. As you can see, the cloud stack comprises multiple components from the base colocation, or data centre, through to software as a service.

David Barker is founder and technical director of 4D Data Centres, which he founded at age 14, and a finalist for the Young Entrepreneur Award at the Growing Business Awards 2012. 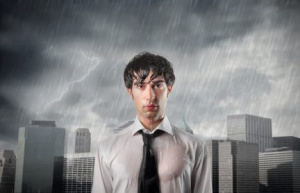 6 companies thriving on our extended winter 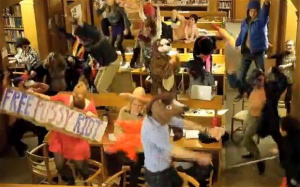 How the Harlem Shake caused an unfair dismissal