It’s no wonder then that our Internet economy is one of the strongest in the world. So continued success depends on businesses having access to reliable and fast broadband infrastructure. Ofcom is in support and has confirmed that it is now setting its sights on the SME broadband market, with plans to review whether we have the best connectivity in a business review that will conclude in 2019.

The government has said that it is committed to supporting future-proofed broadband infrastructure, but in order for this to become a reality, words must translate into actions. As the UK’s fastest broadband provider we feel that we are well placed to provide guidance on this.

The majority of business broadband connections in the UK are delivered via a technology called Fibre-to-the-Cabinet – this means that the fibre stops at a green box on a street and the actual connection into the business is via copper; hence the unpredictable speeds and performance. A far more advanced technology is Fibre-to-the-Premises (FTTP), where the fibre goes into the building.

The UK currently has the lowest FTTP deployment in the OECD, at around two per cent. We are leading the charge to bring FTTP into the mainstream, together with our industry counterparts. We “alt-nets” (alternative network providers) are forecast to pass 4.9m premises, or 18 per cent of the UK population, with FTTP by 2020. But we could do more and we could get there faster.

Together with our fellow alt-nets and our industry association INCA, which represents a new generation of digital infrastructure builders and internet service providers, we have issued clear guidelines to the government of what we feel it needs to do to ensure that businesses in the UK have the best connectivity:

• Support pure fibre and set ambitious targets: The government needs to be clear and ambitious on targets for infrastructure and broadband speeds. We have asked the government to support a target for 80 per cent of businesses and homes to have a fibre to the building connection by 2026.

• Enable competitiveness in the market: We have asked that the government creates and maintains a competitive environment. To achieve this we want to see a suspension of all business rates on new fibre assets, for the next ten years to encourage network infrastructure growth. We have also asked the government to develop regulation that encourages both competition and continued private sector investment.

• Market transparency: Earlier this year Ofcom shared research that SMEs were confused about how the actual speed of broadband services compared with the headline maximum figures used in advertising – a fifth of SMEs were not satisfied they were getting the speeds they had paid for. Services delivered over FTTC are inferior to those delivered via FTTP – but when they are both called “fibre” how can the user possibly know and understand this? To enable market transparency we have asked the government to commit to an overhaul of the current advertising guidelines, to give businesses much-needed guidance on the connectivity quality they can expect.

I will be doing a monthly column on business broadband – charting how these changes are happening and giving some insight and advice on how best business bosses can leverage their connection. I am also happy to answer any questions; just sen across a comment! 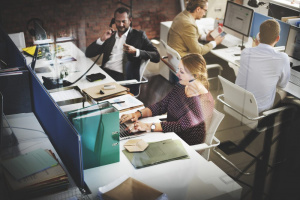 Customer service: Not just a footnote to sales