How does one go from the day-to-day of owning a business to negotiating an acquisition deal with Sports Direct? Better yet, what does any entrepreneur do after they sell up?

It’s a tough question, and one that would require a great deal of thought – our next leader shares his.

For Richard Gundle, who built and subsequently sold to Sports Direct, the business changed hands at a time when the market was experiencing a shift.

“We took the view that the market was going to go through significant changes and consolidation, and we either needed to lead the change or we may end up being lost in the aftermath of it,” he said.

Deciding it was time to exit, he consulted independent finance house Argyll Partners. Six offers from potential buyers were made, but Sports Direct won Field & Trek for three reasons.

“They were well experienced in the acquisition of businesses and were unlikely to get cold feet at the end,” said Gundle. “Secondly, rolling out Field & Trek as concessions within the Sport Direct store portfolio allowed the brand to reach many more towns that it ever could as a standalone business.

“Lastly, they offered certain additional incentives after selling my business based on the business successfully expanding using the infrastructure and finance that was available as a result of being part of the Sports Direct empire.”

The firm was bought for £6m, a sum divided between Gundle, his brother and their father – from there he split the money into three pots. This allowed him to build a new house, which has doubled in value, invest in a property portfolio as franchisee of Platinum Properties Partners, and open in a new business with Field & Trek’s ex-marketing director.

The online footwear business they started went from nothing to annual sales of £5m in three years, which allowed them to buy two additional small businesses. While savings were made initially, more capital was needed to scale to the next level, which was increasingly expensive, especially as brands were selling from their own websites.

“We sold off the various brands and closed the business down. That was an expensive lesson and cost me a significant part of pot three!” said Gundle.

“After selling my business assets in the footwear area it became clear there was a market in two areas – shelving and buying liquidated stock.”

They set up online storage business Tufferman, while Gundle also opened a company specialising in liquidated stock. The serial entrepreneur found news of the sale resulted in floods of sales pitches from money management companies – an option he declined.

“Being dyslexic, as my brother and father are as well, one often feels that element of insecurity and self-doubt that dyslexics can feel, so this can make it difficult to throw yourself into something that you don’t know,” he admitted.

“After selling my business I bought myself a brand new Porsche 911 Carrera 4S, flew over to Germany stayed overnight and had a tour around the factory which was a great experience, then drove the car back to the UK,” he revealed, adding the completion of building his dream house.

Before that though, Gundle took time to reflect as he went skiing for an entire season.

“I hired a chalet in France and went skiing for the season. I needed some time out after selling my business to decide what I wanted to do next. It was a great opportunity to develop my skiing and for my wife and children to get some extra weeks under their belt.

“I have to say I would recommend this to anyone who has the opportunity and loves skiing.” 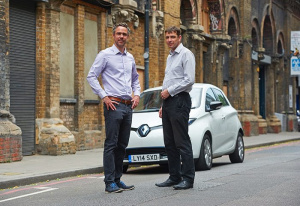 After Exit: Achieving the first crowdfunding exit wasn’t enough for me 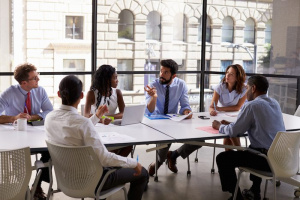 Cyber security threats aren’t just for IT departments to manage