“Tax doesn’t need to be taxing” used to be one of HMRC’s advertisements but, unfortunately, it’s a complex topic that gets more complicated every year.

Often considered an afterthought for many businesses, HMRC has tight regulations in place that everyone must abide by or face the consequences.

The implications of getting your tax wrong can vary from a slapped wrist to major fines and court cases – as well as placing your business firmly under the nose of the taxman for years to come.

Tax legislation is continually changing. If you play by the rules and pay the right amount of tax at the right time, then HMRC will be helpful. But HMRC has also warned that those businesses that are not compliant with HMRC will face a heavier hand of regulation and enforcement.

With 50,000 checks just of business records (i.e. not investigations) a year announced, and early speculation that there will be a big focus on businesses that are less than a year old, many startup businesses will get an early visit from the taxman.

Start as you mean to go on

Getting your finances in order from day one is the key. Tax is a major part of your financial management; ensure you have someone within your business that is keeping your tax and books in an orderly format.

Basic bookkeeping is essential in order to get your records correct for HMRC. Better financial management will also mean less chance of making “careless mistakes”. Careless mistakes alone face penalties of up to 30 per cent.

Wise businesses will always understand the value of seeking professional advice from a tax specialist. They have years of knowledge, knowhow and insight. They will also be up-to-date with the latest changes to government legislation and often point you in the right direction for building up your own knowledge on tax and financial issues which can have immediate effect on your business. The Chartered Institute of Tax is the first port of call.

What to do if you’re in the red

If HMRC believes your tax errors to be serious and are deemed “deliberate” or “deliberate and concealed” then HMRC can issue very serious penalties. You can face having to pay fines up to 100 per cent of the tax unpaid. These allegations by HMRC need careful handling.

No business can deal with this alone. You must seek a professional specialist to act on your behalf and prepare your defence. In the worst case scenario, if your business goes insolvent or bankrupt then of course it may be logical and practical to call it a day and close up shop.

The reality is that tax is actually taxing. The seriousness of a tax issue isn’t dependent on the amount of money involved but why the error arose in the first place. So if you have a very large unpaid tax bill, but it’s considered a genuine mistake, the percentage is still a lot smaller than a very small tax bill but where the error was caused or deemed to be caused as deliberate.

Gary Brothers is a representative of the Association of Accounting Technicians and a director at Mazars LLP. 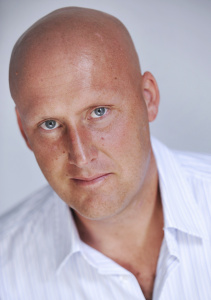 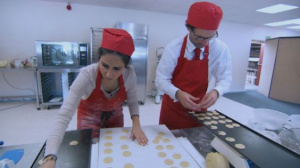