To be a park ranger, you can probably turn up to the interview in baggy trousers and the shirt you use for gardening; in a more corporate environment, you know that shirts, black trousers and good shoes are the expected. These were unfortunately not considerations I made when I was interviewed for my job at Real Business.

The publisher of Real Business, Caspian Media, at least to my eyes, is a more formal environment than I was used to. I was a startup journalist previously – chasing around the types of CEOs who adopted that title in order to build a company and earn it – not the type who spend years on a slow climb up the corporate ladder. It was because of my lack of experience in a corporate environment – you’d recognise a lot of youth culture in the people that I used to spend a lot of my time with (think Facebook CEO Mark Zuckerberg’s infamous hoodie).

As a result of this, to the chagrin of my soon-to-be editor and the publishing director, I turned up in shorts (to be fair, it was a roasting day). Plus, I hadn’t switched my phone to silent, both out of forgetfulness and not attributing too much importance to the possibility of it going off, which of course it did.

Fortunately I got the job – though not without a word or two of admonishment. Which is to say I guess that, though I can’t say I’m a good writer, a good reporter or a particularly interesting person to work with, my now-employers never doubted my ability to wear trousers.

Which bites down to the kernel of why I’m writing this piece: to put my mistake into real terms. I made an assumption about what was expected of me on the surface to conform with their expectations. I made a mistake in not asking them before I came in, but still, it was a failure to judge properly and was not necessarily relevant to my experience or skill as a journalist.

However, the ability to conform is important. If anything, it is the ability – rather than the reality – of being able to conform that should concern a potential employer. ‘He doesn’t conform right now, but can he?’ Can I, the potential recruit, drop any pretensions of who I think I am – shorts-wearing, startup-chasing – and do what’s required of me while at work?

These are the questions you need to ask yourself when confronted with a interviewee who doesn’t mirror your sense of what is appropriate to wear to work – or, for example, if they come from a different culture. Are they simply ignorant, which is not a cardinal sin, or are they ego-driven, which can be a real problem? In other words, it should never be a question of ‘do they,’ but a case of ‘can they.’

Employers are in danger of turning away good employees because they adopt a rigid idea of what every employee should understand about their standards. Sure, an interviewee should ask this stuff beforehand – but it isn’t so crucial as some recruiters make out.

Equally important however, and it’s something I’ve seen a lot in the startup world, employers shouldn’t go gaga for difficult employees with talent but no modesty – and no desire to improve.

‘Innovation’ and ‘creativity’ are such buzzwords in today’s talent-starved corporate pool that when a talented person walks in the door they drop all standards to integrate them. All this does is bloat their ego and create a problem in your workplace, not a solution.

The lesson I took from my interview at Real Business was that you can’t make any assumptions. I should have called them up first and ask what I was expected to wear. Equally, I admire my employers for looking past my indiscretions – though it remains to be seen whether it pays off for them. 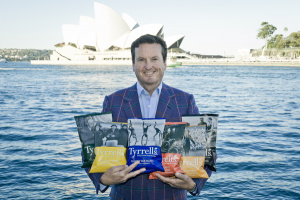 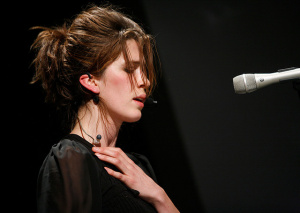