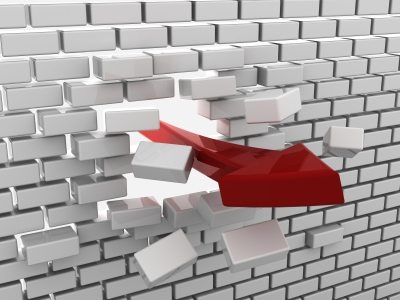 Britain is on the cusp of a surge in startups, reveals research from Sage. Despite the recession and lacklustre trading conditions, 25 per cent of people aspire to launch a business.

That the UK has people prepared to strike out on their own and start businesses is fantastic, but more effort is needed to turn intention into action. Although 4.2 per cent of the population are actively trying to set up a business, only 3.4 per cent actually run one. Entrepreneurs are lacking access to finance and information on starting a business. With bad retail figures and problems obtaining loans from the bank, more than two thirds of would-be entrepreneurs will not act upon their ambitions in the next two years. At a time when budding entrepreneurs are critical to the UK’s fragile economic recovery, YouGov research suggests that high profile initiatives, such as Funding for Lending and Start Up Britain, are not doing enough. Over half citied that lack of finance was the main stumbling block. A fifth of respondents (21 per cent) were not able to secure the required funding. Whilst access to money is the biggest challenge for one in three 33-44 year-olds, it is only an issue for a fifth of over 55’s. The primary problem for 18-25 year-olds was simply not knowing where to start. The barriers to starting a business significantly change with age or experience. Older entrepreneurs were found to have a clear advantage with their knowledge of how to start a business. Strong regional differences were identified across the UK in why people wouldn’t launch a business. In Scotland (31 per cent) and Northern Ireland (33 per cent), a third of respondents cited job security as their biggest consideration, believing it safer to work for someone else. Risk aversion was less of a motivator in the North West, where respondents said that they didn’t want the stress associated with being their own boss. The study found that would-be entrepreneurs in Wales were the most pessimistic, with one in four believing their business could not survive in the current economic climate. Courageously, with money from their own pockets, increasing fear of starting businesses in this economic weather does not deter Britain from the start-up trend. Lee Perkins, managing director for Sage’s Small Business Division, commented: “The fact that so many would-be entrepreneurs are frozen and not actually launching their business is concerning. With any job, there will always be challenges, but if you are truly passionate about your idea and making it a reality, then all of these barriers can be overcome. “My message to anyone thinking about starting a business but doesn’t know where to start, is to have a hunt online; there are some fantastic resources and guides available for free. If you’re worried about access to finance, then take the time to invest in developing a thorough business plan. It’s true that practical and affordable loans for small businesses are not as readily available as they need to be, but our customers tell us that broadly speaking, lending has improved.” By Shané Schutte