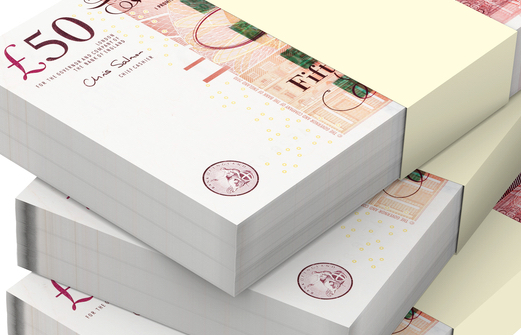 Share via
The economic situation in Europe and the euro zone has lead to many scratching their head and wondering how growth can be kickstarted again and consumer price inflation grown. Interest rates currently sit at an all-time low, and are now not expected to be change in the UK till at least 2016. So what can be done in the meantime Quantitative easing is used as a form of weapon by governments to boost lending. Essentially it is easing a frozen credit market by taking a quantity of newly-created money and pumping it into the market. The European Central Bank has now announced it will inject at least 1.1tn into the euro zone, buying up 60bn of bonds each months until the end of September 2016. In times like the one we are currently in, banks are naturally averse to business lending of many kinds due to a fear of never getting that cash back. Instead, banks go out and buy up treasuries that are paying a lower, but more reliable rate. Treasuries are in essence government debt, debt seen as essentially safe because it is tied to the economy of an entire nation. Quantitative easing involves governments printing money and taking it out into the market to buy up the dodgy securities that banks hold in the form of things such as bad loans and toxic assets as well as doing a bit of treasuries shopping itself. It is theoretically hoped that by taking unappealing securities away from banks, each will be more inclined to get lending to business again. The purchasing of treasuries, essentially each governments own debt, is the second prong to the attack as it takes the incentive away from banks buying them. If more demand is created for treasuries, then the yield becomes lower therefore less inactive. Treasuries come in the form of bonds, notes and bills. They are a way for governments around the world to get capital and are issued in different tenures. Treasuries are, as mentioned, seen as a fairly secure way for investors to get a solid and reliable return and are incredibly liquid due to that exact attractiveness. To summarise. Acentral bank will print money, to buy up bonds, in the hope that interest rates will drop and banks will be more inclined to lend to businesses and people, which will then spend and create new jobs, that ultimately means a big boost to the economy. Read more about the European economy:

Consumer price inflation fell to just 0.5 per cent in December, great news for consumers but mixed when it comes to the economy as a whole. Sure, we can all fill up our cars for a lot less and spend more on those must-have consumer products, but business investment and exports are lagging which is set to lead to a cooling in the growth we witnessed during 2014. So, will the big package of quantitative easing the European Central Bank and its president Mario Draghi announced work For Dawn Kendall of Invested Wealth & Management, it did not disappoint. Rather than provide a mealy mouthed effort, after a year of planning the ECB has delivered a programme that should now define the shape of the European project for an extended period of time. The Q&A session after the announcement was illuminating as Draghi was clear that these market operations will be open-ended and not the final solution. So, if we arrive at September 2016 and it has not worked, expect more. He accentuated the fact that bonds are fungible due to currency harmonisation and that the system would be mutually supportive. He was also explicit in this expectation that banks should begin lending to businesses and consumers. “With negative ECB deposit rates, there is a very positive incentive for banks to find other uses for the money. Whether European banks and investors will choose to invest in home assets or convert the funding into USD and invest in US real assets is a moot point for the coming weeks and months. The open-ended nature of the euro zone quantitative easing programme means that we might not see the true results of it for years to come. However, something drastic needed to be done and this could be just the solution. For our community of ambitious entrepreneurs to flourish, each will need access to finance. The governments ambitious 2020 export target will not be met unless that finance is delivered to SMEs across the UK. Give it six months and it might be time to visit that reluctant bank manager again. Image: Shutterstock By Hunter Ruthven