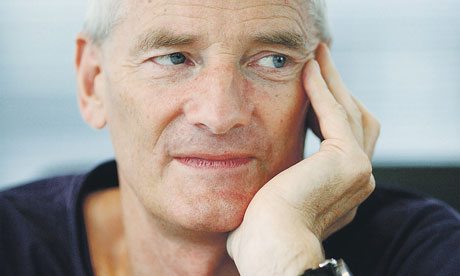 “We have to be realistic in Britain. If we can get 300 engineers [next year], we’ll be doing well. We would recruit 2,000 if we could. We have got the technology and the ideas – we just need the people,” says Dyson. Britain’s lack of engineering talent is the “biggest barrier” to growth at his company, he explains. Currently Britain “produces 12,000 engineering graduates a year – and there are currently 54,000 vacancies. It’s predicted that in two years’ time there will be 200,000 vacancies. India produces 1.2 million engineering graduates a year. The Philippines produces more than us, so does Iran, so does Mexico. It’s not a sustainable situation.” The situation is not helped by the fact that more than 80 per cent of post-graduate science and engineering students at British universities are from outside the European Union, he adds.  “Out of 3,000 engineering post-grads, only 50 are British. The tragedy is that they go back home and take back the technology they have developed in British universities and become our competitors.” The good news is that his company is doing well. With one factory in Britain and two in the Far East, the company continues to grow, seeing profits increase by 20 per cent last year, taking annual turnover to £1.2bn.  R&D and innovation continue to feature strongly at Dyson, which as a company holds more than 3,000 patents for more than 500 inventions. Last year, the company spent 36 per cent of its after-tax profits (£70.3m) on research and development, reports the Telegraph. “We plan to increase that by 25 per cent this year and also spend a further £100m on top over the next four years,” Dyson added. The company is wholly owned by Dyson himself.