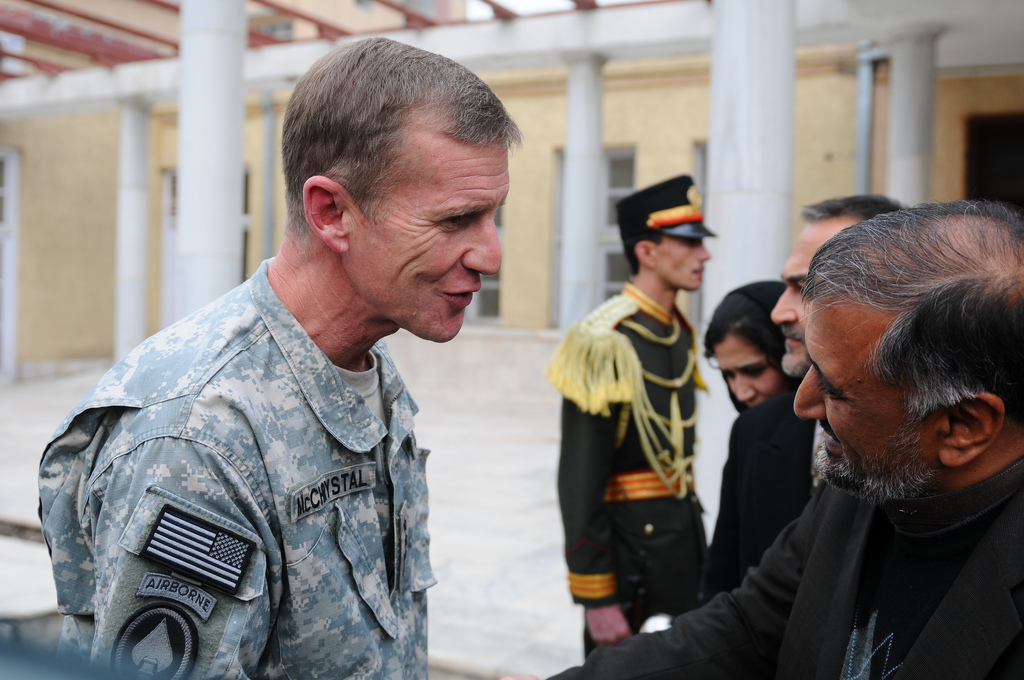 For the last 15 years I’ve had the great privilege of interviewing and collaborating with hundreds of leading business authors and executives to get their insights on leadership.

I relish the opportunity to uncover new insights and innovation and especially enjoy sharing what I have learned with leaders directly to help them become even more successful. General Stanley McChrystal did not disappoint. His cool head and comforting attitude was inspiring. Stanley McChrystal was the US Army General who led the war effort in Afghanistan from 2009 to 2010. McChrystal is not a business leader, but what he had to say could not of been more relevant to business. Interestingly, I am most often asked after one of my talks about which leader impressed me the most and why. It is a revealing question as it gets to an authenticity test. Does the leader’s public persona/perception match who they truly are because we hear how they can ‘leap tall buildings in a single bound’. Before I explain why this leader surfaces to the top, I need to share the one question I believe gets to the essence of leadership. Drum roll. How does that leader make you feel? It was a strange experience when I met the General, because if you try to build an image of somebody of McChrystal’s standing in your mind, you might imagine a stern, guarded man firing words like bullets. He is the exact opposite.  Stan is approachable, even a little soft-spoken and puts everyone at ease around him. Compared to so many other leaders who make you feel fortunate just to be in their company, Stan makes you feel fortunate to be in yours. He takes an immediate interest in not only what you do – but who you are. He doesn’t lob general questions to check a box. He asks follow up questions to learn more. When I reflect back on all of the leaders I have collaborated with, the great ones have tremendous humility; they are what Jim Collins describes as Level 5 Leaders. One question I often ask leaders, as it reveals much about who they are, is to get their perspective on what matters most in leadership. In the case of Stan, I almost fell out of my interview seat with his response. Empathy. The last word I expected from a four-star general who is tough as nails.  As he shared with me, it is as much about caring for those you lead as it is about getting perspective – stepping directly into the shoes of those you lead. In his words, “if you can’t understand what your subordinates’ mission is like, what their role requires, their daily life, it’s very difficult to… lead them”. Frances Hesselbein, whom Peter Drucker declared as the greatest CEO he ever met, poignantly shared with me, “leadership is about how to be, not how to do.” When I work with a group of leaders, I facilitate their understanding of the being part of leadership by asking them to reflect on which manager (could be a coach, teacher or family member) had the biggest impact on their success.  Once they visualise who this person is, we dig into the feeling question. I most often hear, they “made me feel…valued, special, empowered, unstoppable, important, etc…” The value of this exercise is putting the leaders in the shoes of being a follower and I quickly turn the tables on them by asking them to reflect on how their followers would answer this question about them. It creates a valuable tension – enabling leaders to think deeply about how they are being versus what they are doing and the true impact they are having on their followers. If we make the effort to see the world through the eyes of those we lead, we will be much better placed to understand the true reality of our situation and make better decisions. Whether on the battlefield or in the office, that understanding is something a great leader cannot go without. By Taavo Godtfredsen of Skillsoft Image source: U.S. Army Sgt. David E. Alvarado