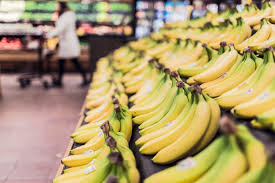 Against this backdrop of multi million pound price wars and investor concern, the KPMG/Ipsos Retail Think Tank (the RTT) met to discuss what may happen in the future.

What impact are the discounters really having on the UK’s grocery sector?

Some believe that discount grocers play a leading role in reshaping the sector. But although such brands have eroded the edges of the big four’s market share, the RTT questioned how significant their effect has really been.   Mark Teale, Head of Retail Research at CBRE, said: ?Kantar Worldpanel figures do indeed show Aldi and Lidl gaining market share while both Tesco and Morrisons have sustained significant market share losses. But Kantar also reveals that the cumulative market share of the big four (Tesco, Sainsbury’s, Asda and Morrisons) has changed little since 2008 with the market share losses of Tesco and Morrisons largely offset by gains achieved by Sainsbury’s and Waitrose. Whatever switching is occurring, it is happening at both ends of the value spectrum (quality and discount). ?Tesco and Morrisons are suffering because they are caught in the squeezed middle; discounters (not just Aldi and Lidl) are chipping away from below and Sainsbury’s, Waitrose et al are digging down from above. The underlying problem is the continuing household income squeeze and the danger that the new-found consumer parsimony will become a permanent feature of the market even if economic growth is sustained.?

The price war between the major grocers may offer some short term gains for consumers, but it won’t deliver the shift the average shopper actually wants in terms of service levels and convenience. In fact, the price war could damage the sector’s prospects for attracting investment in the future.   Nick Bubb, Retail Consultant to Zeus Capital, explains that ?big UK supermarkets have been dismal investments on the stockmarket for some time now and share prices remain under pressure, despite the attractive dividend yields now available on Tesco, Morrisons and Sainsbury’s. Equity investors are clearly worried about the impact of declining industry sales volumes and declining gross margins on near-term profitability.? Tim Denison, Director of Retail Intelligence at Ipsos, agreed that the immediate threat to three of the big four is their potential inability to invest in the changes needed to move with the marketplace. “With profit levels falling, the declared price cutting schemes and low volume sales, these grocers are becoming less attractive to investors, witnessed by the ?2.8bn wiped off their market value amidst fears of full-blown price wars.” By Shan? Schutte