Coalition Business Secretary Vince Cable last week announced that a new maximum fine will be introduced from 1 February 2014 for those firms that continue to pay less than the National Minimum Wage.

Prime Minister David Cameron had announced last year that fines on employers failing to pay the national minimum wage would increase from £5,000 to £20,000. Many perceived this to be a token gesture, as they believed that the maximum fine of £20,000 would be the limit of what could be imposed on offending employers.

However, the legislation that is due to come into effect from February 2014 will introduce a fine that can be levied on an employer in respect of each underpaid employee. This makes the new legislation considerably stronger and should serve as a stark warming to all employers that the national minimum wage legislation cannot be ignored.

HM Revenue and Customs has revealed figures which show that under current legislation, more than 26,000 workers paid less than the national minimum wage have received £4 million between them following HMRC investigations.

708 employers have been fined with charges of up to £5,000 after 1,693 complaints were made to HMRC in 2012/2013. An average of £300 in back pay was given to each affected worker. Many of the cases involved illegal use of interns, unpaid extra hours and workers being forced to buy company clothes as uniform.

Examples of breaches of the current legislation include a retailer “which required employees to purchase specific items of clothing from its range” and was ordered to repay almost £170,000 to more than 6,000 workers. Another company, described as a “national retailer” was similarly forced to pay more than £193,000 to 3,500 staff for requiring them to attend work before and after opening hours without additional pay.

Bearing in mind the significantly increased scope of the sanctions for non-compliance, these types of decisions are likely to become more commonplace and indeed could be dwarfed by the size of potential future penalties.

The new government measures also address an anomaly which previously meant that national minimum wage fines were set at half the rate of those imposed for fly tipping. This meant, as an example, that under the previous system employers face just one maximum fine of £5,000 plus a financial penalty of 50% of the missing wages.

That financial penalty now increases to 100% of the missing wages. Mr Cable also stated that it will be made easier for offending employers to be “named and shamed”.

It is notable that the fines imposed are to be received not by the employees being underpaid, but the HMRC. Whilst more cynical readers might believe that this is therefore a method that the Government is implementing to boost its coffers, it appears likely that considerably more resources are to be invested by HMRC to police and investigate instances of non-compliance with national minimum wage legislation.

On this point, Mr Cable stated “we are working with HM Revenue and Customs to investigate non-compliance and facilitate prosecutions in the most serious of cases. We will also make sure that every complaint made to the free and confidential Pay and Work Rights helpline is looked at.”

It is therefore clear that the employees themselves are likely to be the chief instigators of HMRC investigations. Whilst the new law will be punitive on employers who breach national minimum wage legislation, diligent employers should have no problems with the compliance.

However, it is a timely reminder to make sure that practices and procedures are carefully reviewed to ensure proper use of interns; that employees do not have to work excessive additional hours without pay; and that workers are not forced to buy their own company equipment.

Chris Cook is joint head of employment at SA Law. 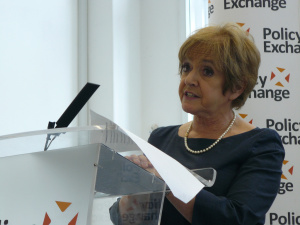 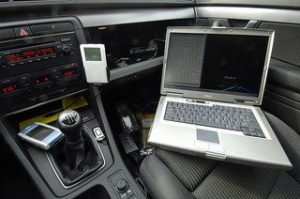